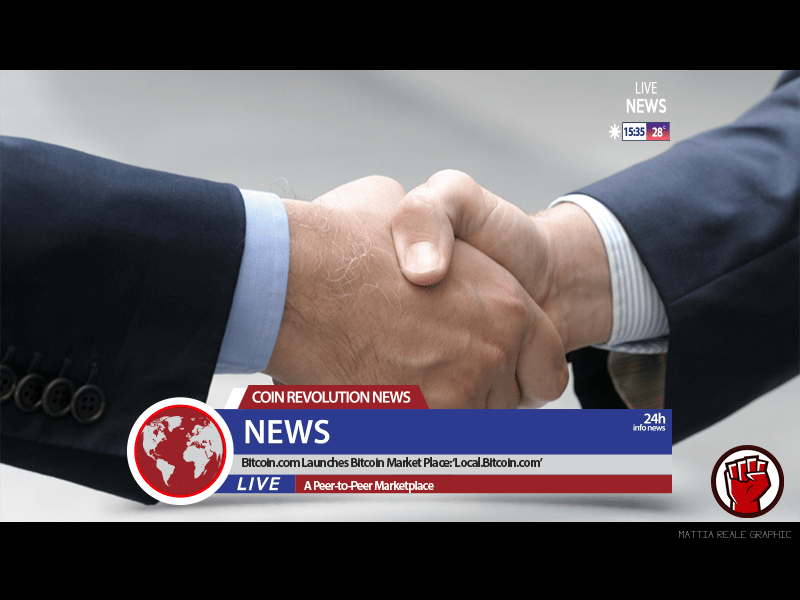 The company behind Bitcoin.com, Saint Bitts LLC, launched a market place for Bitcoin. Local.Bitcoin.com started its service as of writing this. It supports both of the biggest versions of Bitcoin BTC and BCH.

The term exchange is incorrect for services like local.bitcoin.com. An exchange provides the whole infrastructure from wallets to charts, security etc. Possibly even the liqudity and the supply of cryptocurrencies. That does partly apply to local.bitcoin.com too. However, key is that you have to use your own wallet and conducting a transaction from fiat-to-bitcoin or vice versa is up to you.

Your Wallet, Your Choice

Therefore, security is also in your own responsibility. The platform does not require any KYC processes as it only facilitates trades among its users. Consequentially, the site does not safe any transaction records of your trades. However, the blockchain does and so do some of the payment solutions. So it is up to you to keep your traces as minimal as possible. Using VPNs and of course avoiding writing any crypto related comments on your transactions are key. Still, that local.bitcoin.com values the privacy of its users is unfortunately becoming a rare feature for such market places. While many similar services did at the beginning, they were sooner or later forced to adopt KYC & AML regulations.

Will KYC Come Eventually in the Future?

The concept is, of course, not new. The most obvious predecessor of local.bitcoin.com is localbitcoins.com. The Finnish service did not require its users to submit their identity until April 2018. The country is a member of the European Union and as such is subject to strong regulations. Other services in Europe like bitcoin.de have to stick to similar or even the same regulations. So will these regulations hit local.bitcoin.com eventually in the future?

St Bitts LLC is the company behind the platform. It is registered in St. Kitts & Nevis. The country is known to be rather laissez-faire. E.g. there is currently no regulation on cryptocurrencies. Although ICOs are restricted in the country.  As of now, there are no indicators that would suggest that St. Kitts & Nevis will regulate the market place. But it remains a possibility in the future. If not by domestic policies, then possibly by foreign political pressure.