According to the Sia website, Siacoin is basically cryptocurrency that powers the Sia network; the currency of the Sia, a decentralized cloud storage solution that allows anyone to rent out or use other people’s spare hard drive space to store information.

Separate computers and networks sharing data isn’t out of the realm of possibility. It is, in fact, the entire foundation of the digital World.

Users called renters pay hosts in Siacoin to use their hard drive space, and hosts are only compensated after proving they are hosting the requested file.

Sia accomplishes this through the use of “file contracts,” a type of smart contract that establishes aspects of the host-renter relationship such as price and uptime obligations.

The network automatically enforces these contracts, which normally last 90 days.

Sia splits files into 30 pieces, each of which is encrypted, before uploading and distributing them to hosts. This eliminates the possibility of a single point of failure in the network.

The Sia program also employs erasure coding, which incorporates redundancies to ensure that a user always can retrieve their data, even if Twenty out of Thirty hosts are offline.

After a contract is executed, the tokens entitle holders to a 3.9 percent share of each funding source, including renter fees, bandwidth expenses, and host collateral.

While there is no limit to the number of Siacoins that can exist, there will only ever be 10,000 Siafunds tokens produced when Sia’s software was initially released in 2015.

Nebulous initially retained all 10,000 Siafunds, but it has since performed many token sales to assist fund the network’s development. Around 8,750 Siafunds are owned by Nebulous as of 2020, with the balance controlled by Sia users.

The amount, value, and size of contracts on Sia affect the value of Siafunds.

How does Sia Blockchain work?

The Sia blockchain is similar to the Bitcoin blockchain, but it has been modified to allow it to store and exchange files more effectively.

No single node can access the files because they are spread across several nodes. Even if they managed to obtain the renter’s private key, they would only have access to a small portion of the data.

This means that, like the Bitcoin Network, Sia can provide a consistent high uptime, while also assuring that users don’t have to trust each other to store files and utilize the network. Renters are also safeguarded against fraudulent hosts by asking for evidence of storage. This requires hosts to demonstrate that they are online and that all of the renter’s data is correctly preserved.

How does Siacoin get its value?

Siacoin’s value is derived from its network usage, as it is the only form of payment that users of the Sia blockchain can use to join renter or host agreements.

This means that in order to store files, renters must buy and spend Siacoin, and hosts must receive and sell Siacoin in order to be paid for the computing resources they utilize.

How do I store Siacoin?

The only option to store SC is in the Siacoin wallet, and the currency is used to power transactions in the Sia ecosystem. Client servers are users, while host servers are providers. In a free-market crypto-economy, users pay hosts in Siacoin for hosting their data.

Sia’s innovative peer-to-peer storage strategy has the potential to disrupt the cloud industry in the same way that ride-sharing companies like Uber have revolutionized the transportation industry.

The biggest challenge is persuading consumers to use not only cloud storage but also blockchain technology.

Investors prefer Sia networks because the company’s Blockchain facility provides superior privacy and security features. Sia is the world’s first blockchain-based decentralized storage platform. The Siacoin price is $0.0071596  at the time of writing this article.

Technical Analysis for SCUSD by TradingView

History of the Sia

David Vorick, a computer science student at Rensselaer Polytechnic Institute, initially created Sia in mid-2013. Vorick discussed the notion with a college friend, Luke Champine, via email, and Champine joined the project’s development immediately after Vorick presented the concept at a HackMIT hackathon in September 2013. In early 2014, the project was given the name Sia, after the Egyptian god of vision.

Jim Pallotta, a millionaire investor and founder of Raptor Group, was connected to Vorick and Champine through their college’s entrepreneurial center, and he invested in the initiative. To formally handle the development of Sia, the two formed the business Nebulous Inc. — which has since been rebranded to Skynet — shortly before graduating from college.

The crew relocates to Cambridge and works around the clock to completely build Sia. The project has been considered ready for widespread deployment after six months of development. On June 6th, 2015, at 10:13 EST, the genesis block was formed, and the first public beta version of Sia was made available for download.

Now that it has been established that Siacoin is a desirable coin. Let’s get down to business with price prediction. The Siacoin price forecast will inform you of all you need to know.

If the SC price continues to rise in terms of cloud storage, as predicted by our price forecast, it will soon surpass its present all-time high. Due to its numerous advantages, such as a user-friendly interface, Siacoin has a lot of potential to address the shortcomings of the centralized system. It has the potential to become the leading provider of cloud storage. SC tokens have been trading with a positive sentiment since January of last year. SC price crossed the prior resistance level of $0.058 per one Siacoin on April 17.

After that, however, the value of the currency plummeted, then gained some momentum in a few weeks till it plummeted to its critical support level of $0.0096. The coin price resumed pace after achieving this support level, and in early September, the token price crossed its immediate resistance level of $0.025. However, the SC coin was rejected again, and it dropped to $0.013. There was a rise in early 2022, and it is now priced at $0.007406.

Siacoin, according to WalletInvestor, is a “great long-term investment.” Its Siacoin price estimate for 2022 has SC breaking through the $0.01 barrier in a year, and SC reaching $0.02 in 2023. Its SC coin price forecast for the next five years is $0.04.

“SC is currently trading at $0.0092, and SC crypto price forecasts that the SC tokens will have a good future in the crypto and blockchain industries. By the end of 2022, it will have crossed $0.01245, and the Siacoin price may approach its critical resistance level of $0.012’ in the first half of 2022 “, –  Digital Coin Price.

SC is predicted to cross the $0.0150 mark, according to the forecast data analysis. Siacoin is predicted to attain a minimal cost of $0.0132 before the end of the year. Furthermore, the SC price has the potential to reach a maximum of $0.0165.

What is the price of Siacoin right now?

What drives the price of Siacoin?

As a secure cloud storage marketplace where users may rent out their excess space. Smart contracts are used on the blockchain to organize agreements between owners and renters. Using its own cryptocurrency, siacoin is utilized for these transactions. There may be a demand for a decentralized alternative to data storage in a technology-driven society that uses more data. As it prepares to deliver the next big update to its blockchain, Siacoin hopes to capitalize on this demand.

Where can I buy Siacoin?

Siacoin can be bought on a variety of cryptocurrency exchanges, including Binance, OKEx, Huobi Global, and Upbit. It can be exchanged for fiat currencies like the US dollar and the South Korean won, cryptocurrencies like Bitcoin (BTC) and Ether (ETH), and the stablecoin Tether on spot markets (USDT). As an alternative to find out where you can buy Siacoin and with which currencies, go to CoinMarketCap. For each cryptocurrency, CoinMarketCap provides a list of purchasing options (also known as market pairs). Visit CoinMarketCap and look for Siacoin. Near the price chart, click the “Market” button. This view displays a complete list of places where you can buy Siacoin as well as the currencies that may be used to buy it. Under “Pairs,” you’ll notice the Siacoin abbreviation, SC, as well as a second currency. The second currency is the one that can be used to buy Siacoin. Look for SC/USD if you want to buy SC using the US dollar.

Why is Siacoin going up?

Sia is enhancing an existing cloud storage infrastructure by including blockchain-based resiliency and privacy features. As more individuals adopt decentralized technologies, analysts agree that Sia will flourish in the long run. Siacoin is expected to be worth $0.363 in 2030. Siacoin has a promising future, but it will be volatile in the near future.

Sia is upgrading an existing cloud storage infrastructure by including blockchain-based resiliency and privacy features. Sc is expected to trade at $0.0101 this year, with the highest level reaching twice the present price.

By 2025, the Sia decentralized cloud storage platform will have stored a massive amount of data, and its ability to grow will allow it to deliver vital data to numerous businesses. The high valuation will increase in proportion to Sia’s worth, leading it to $0.0175. Siacoin is a good investment, but you should do your research before investing. So far, Sia’s price predictions have been noteworthy. Different analysts’ price forecasts demonstrate that Siacoin will thrive. The Sia network has a lot of promise, and Siacoin appears to be a solid investment and a successful coin if you do your research properly. 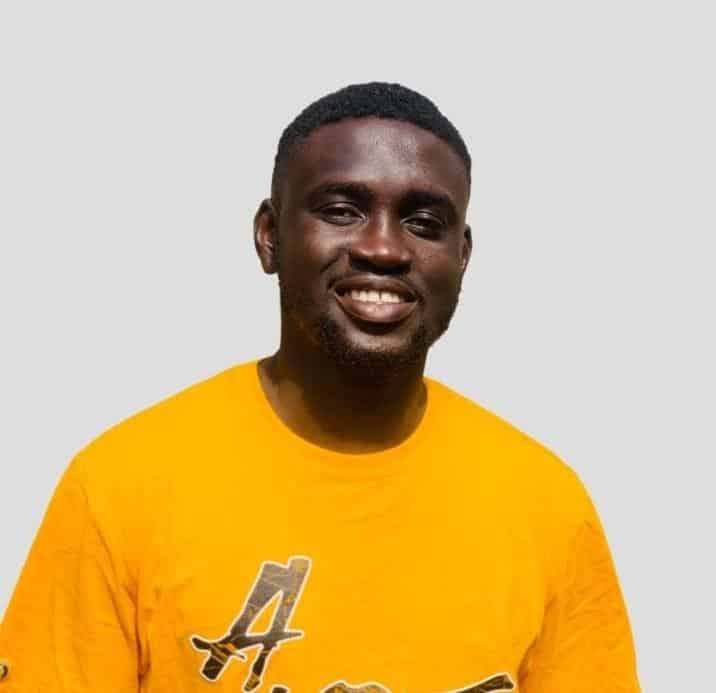 With a solid background, knowledge and certifications in blockchain, fintech and technical content writing. Gabriel has researched, written and developed several SEO-driven articles, press releases, financial technical documents, litepapers and whitepapers in the blockchain niche. He also specializes in taking rough business ideas and making sure they are both financially and technically feasible (with a focus on blockchain, tokenomics advisory, DeFi, AI and the finance industry).