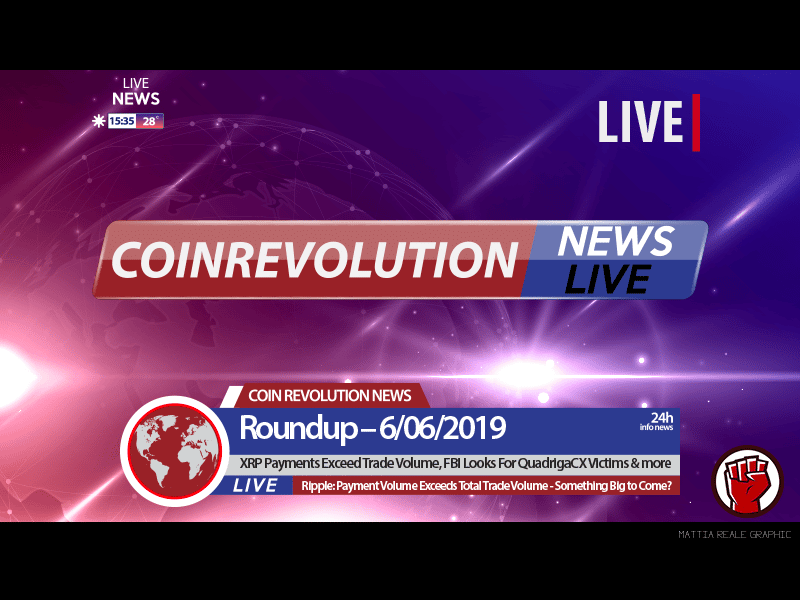 The Twitter user @Cotswold Gent has recently noted that the payment volume for the XRP ledger has exceeded the total trade volume on exchanges. According to him, this is the first time that this is happened. It led to a lot of speculation in the XRP community about something big coming soon. However, other users have remarked that this has happened many times before. Apparently, the payment volume also includes internal transactions from Ripple. In any case the data comes from xrpcharts.ripple.com” and is not transparent about the composition of its data.

So in the 2 years I have been following #XRP I don’t I have ever seen 24hr payment volume higher than 24hr traded volume.

Something BIG is coming!!!! pic.twitter.com/RSwuwmFro7

The FBI has announced in a recent press release that it is looking for supposed victims in the QuadrigaCX case. The FBI speaks of victims although the case has not yet been decided. However, the press release writes of people who ‘believe’ they are a victim and of ‘potential’ victims. Still, the writing suggests that QuadrigaCX was in fact a scam. If you have been a customer of QuadrigaCX and have lost funds, you can submit your data to the FBI here. 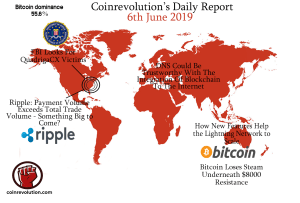 Bitcoin (BTC) has not recovered from the recent dip. The chart fails to overcome the $8000 resistance. A short-term bearish signal that could spark a bigger selloff in the near future. A move that many expected to come as BTC performed a rally that almost tripled the price from about $3200. As of writing this, the price of Bitcoin sits at $7820. 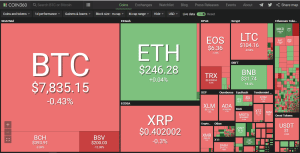 The Domain Name System is vulnerable to hacking where some malicious third parties can corrupt and distort information on websites. These hackers threaten the integrity of what the DNS proffers which affects trust levels in users’ browser. Further, some governments have been exercising their powers by censoring DNS which inconveniences internet users by curtailing their access to information. The censoring also infringes on civil liberties such as freedom of expression and access to information which is a fundamental human right. These two challenges that the conventional system experiences can be solved by Blockchain technology which can turn the internet’s phone to a more trustworthy and reliable system.

How New Features Help the Lightning Network to Scale