Everything that Bitcoin stands for is what Facebook’s Libra coin is not. It is not permissionless, it is not decentralized, it is not censorship-resistant. It stands precisely for the opposite. But there are more reasons why you should be against Libra. Libra opens the door to a dystopia in which we already have set foot.

Competition is always good, no doubt. But we are not talking about the sovereignty of our states or supra-states like the EU. Instead, we are talking about the sovereignty of countries that do not have an established financial system. They are at stake to become financially dependent from the G20. Partly already because they are politically-financially dependent from the leading world economies. The CFA-Franc which is a post-colonial financial system meant to exploit the African states in favor of France or the European subsidies that flood African markets with cheap meat and other products and destroy the possibility for African markets to develop are examples for that.

Libra coin is a two-sided sword in that way. Yes, it could help the unbanked short-term. But if it finds widespread adoption, it extends the power of the states whose currencies will back the currency. A win-win for big government and big capital. Bitcoin & Altcoins will not give those countries monetary sovereignty either. It is hard to tell if that is what people in these countries need. Point is: Bitcoin gives monetary sovereignty to the individual, not to the state or any state. 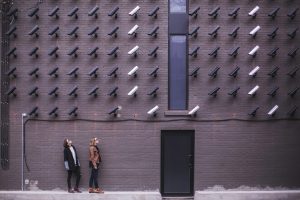 The fact that Facebook was convicted and publicly scolded for its data scandals made people aware what Facebook is behind its surface. You share your name, your identity, your preferences, your familiy, your friends, your photos of them, the bands you like and possibly your political preferences. Facebook uses all those data to feed its algorithms, to market things to you, to earn money. All this for free. The next step for Facebook is Libra. Through Libra Coin they will get to know what you buy, sell and to whom and at which price.

This leads us to the next point. Surveillance. Facebook cooperates with the government at will. The company has to grant access to the CIA, FBI if they feel there is anything suspicious going on. If history has taught us anything, it is that you cannot trust your government. Even if you do trust the government, you should not rely on that you will be able to trust your future government. Lately, the US government has dealt with the EU whether or not to trade access of Facebook user data in exchange for internet user data from the EU. This is global mass surveillance. Facebook will expand its power with it. Yet worse is the fact that Facebook sold its nodes to other big company’s: Uber, Visa, Booking.com & Paypal. All of them will share Facebook’s knowledge. Through Libra, they will all have your data.