In the US, Bitcoin is the 7th most searched item on Google according to data from Google trends. The sharp jump points to a renewed public interest in the world’s largest Cryptocurrency whose upsurge is spreading greens in the Crypto market.

In the country, over 100,000 Google searches were recorded on the second day of April. In normal occasions, popular searches that dominate public interest include Taylor Swift, Kim Kardashian, Donald Trump, and other US political news.

However, Bitcoin is emerging as the most interesting topic in the US with data showing that people are twice as much interested in the Cryptocurrency than the sensational Taylor Swift.

Further, Google trends show that the locations leading in the search of Bitcoin are in Hawaii, Nevada, California, and Washington. Interestingly, the locations are spread out in the entire country which shows that all regions are interested in BTC.

BTC is performing well and its green is strong having gained $5.85% in the last 24 hours as at April 3rd 17:00 UTC. The market cap is at $88 billion and the daily volume is $20,930,894,458 which is twice the volume of Ethereum-the largest Altcoin. However, the number of BTC Coins in circulation has hardly changed at 17.6 million partly because of a slump in BTC mining following the prolonged bear trend in 2018. 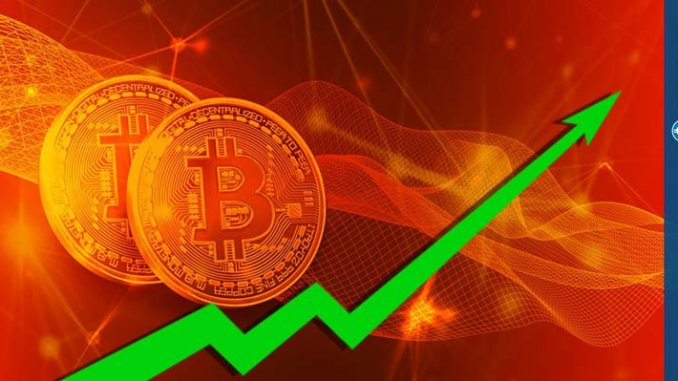 BTC dominance is however declining and currently stands at 50.3% from 52% recently. This is because of the “altseason” where Altcoins are more bullish than BTC. The stability of Bitcoin is further, strengthening the market and creating bullish conditions for most Crypto Assets.

The sudden spurt from April 1st has, therefore, resulted in a 113% jump in Bitcoin search on Google from last week.

Terms such as “why is Bitcoin rising”, “why Bitcoin is up today”, “why did Bitcoin go up”, etc. dominated the search keywords hence making Bitcoin to dominate the search engine.

Will The Bull Trend Be Sustained?

A surge of interest in Bitcoin is historically correlated with a bull run and is considered as a positive sign. The last highest bubble happened in 2017 as BTC price was building up to $20,000. Although it is still premature to make the assumption that the sentiment will turn bullish in the long-run, the interest spike in itself is a catalyst that can power the expected upsurge.