Where Next After Bitcoin’s Implosion? 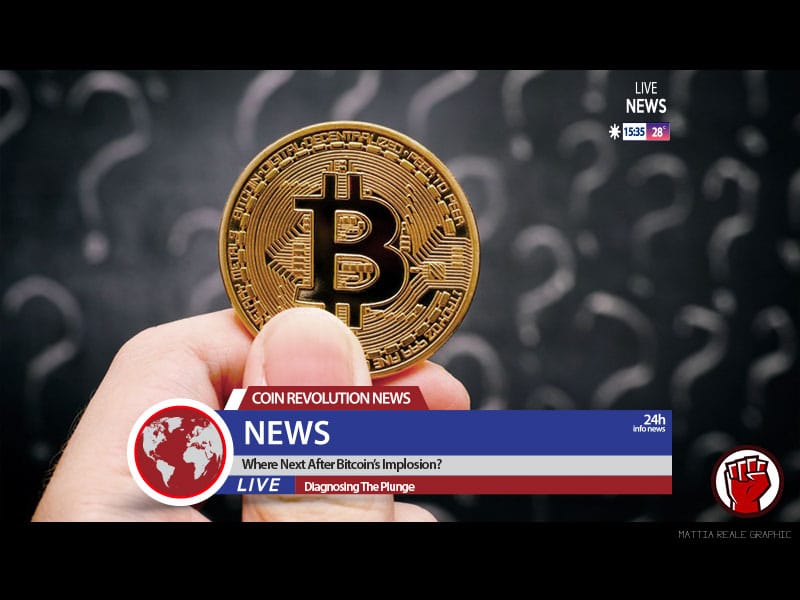 Bitcoin just experienced a catastrophic market implosion. The downward spiral plummeted bitcoin’s price down by 17% to as low as $8000 before it started stabilizing.

In the aftermath of the catastrophe when the bleeding stopped, investors were left asking questions like what just happened. And now, they are concerned with where it is headed next.

The loss not only affects bitcoin but the larger crypto market as well. It was a nightmare for investors to see the volatility obliterate the $9000 support level. The dump can be classified as one of the most brutal in 2019. A jaw dropping $37 billion was wiped off the market in a span of 24 hours.

The markets have been mostly stagnant for the last couple of months. The latest retrace is highly unwelcome. Bitcoin has been taken back to a price it has not been in the last three months.

According to the analysts, the technical points to the flagship currency reaching an apex of a descending triangle, revealing of a bearish formation that indicates a reversal.

Josh McGruff, a prominent crypto trader foresaw the dump way ahead of time. He had tweeted his forecast September 10 highlighting the descending triangle and nearly nailing the prediction to near-precision.

Mati Greenspan, an eToro market analyst spoke of the fall highlighting how the pattern had been playing out for weeks. It now seems to have snapped. Greenspan was speaking in an interview with CCN.

There is never a shortage of potential triggers although the fundamentals also played a role in the reversal.

Given that Bakkt launched the same week, it is normal to blame the lackluster on the platform. Especially given its horrible performance on day one that may have caused bitcoin to lull from $10,000 to $9600.

Greenspan also thinks that Bakkt was instrumental in the dump on Tuesday. He specifically calls the underwhelming Bakkt debut the main catalyst to the reversal reaction. And many seem to agree with Greenspan, including Alex Kruger.

The analyst reviews Bakkt’s disappointment and a bearish technical setup as all that was needed to ignite a sell-off.

As for now, everything appear bearish. The fear and greed index, a tool for measuring market sentiment is giving a reading of 15, indicating shallow optimism. The measurements for the tool readings are collected through the data gatherings and multiple sources like surveys, BTC dominance, sentiments on social media and google trends. A 100 reading is an indication of pure optimism while 0 expressed extreme fear.

Current sentiments may not be positive. The technicals however seem to be bitcoin’s savior. The flagship currency is currently pushing against a critical level support. The coin is currently testing a 200 day moving average, a historic key metric for bitcoin’s trend.