What Is The Difference Between Litecoin And Bitcoin? 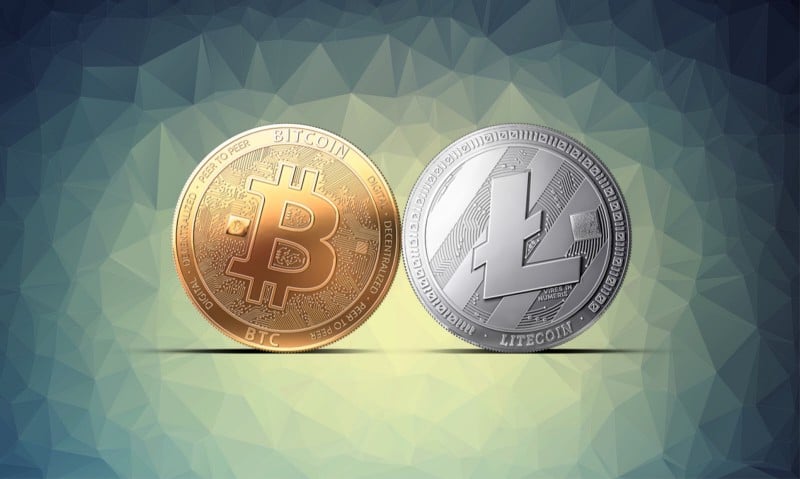 Cryptocurrency has become a common term these days. This has led to new cryptocurrencies finding their way onto the market almost every day. Is widespread also in trading market for example in Etoro platform. If you’re not careful, you might find it difficult to tell one cryptocurrency from another.

One of the main differences between Litecoin and Bitcoin has to be their coin limit. This is basically the total coin amount each virtual currency can produce. While Bitcoin cannot produce more than 21 million coins, Litecoin’s coin limit stands at 84 million coins. Nonetheless, the two virtual currencies support subdivision into very small amounts. The nature of Bitcoin allows users to complete their transactions in fractions while Litecoin supports whole unit transactions.

The second way in which the two digital currencies differ has to do with their transaction speed. Litecoin and Bitcoin have different operation networks hence the difference in operational speeds. Between the two cryptos, Litecoin has the highest transaction speed. The crypto is able to confirm transactions faster thanks to its unique network.

While transactions on Litecoin and Bitcoin networks take place almost instantly, transactions require a certain amount of time to complete. This is basically the time taken by other network members to confirm transactions.

Although Litecoin’s block generation allows the virtual currency to process multiple transactions at a go, there is a problem. Litecoin’s ability to handle high transaction volumes translates to a large blockchain, and this makes room for orphaned blocks.

The above information means that; with Bitcoin, you will have to wait longer for one confirmation to go through than you would with Litecoin. Bitcoin takes up to 10 minutes to confirm a single transaction while transactions are confirmed in about 2.5 minutes in Litecoin.

The most significant technical difference between the two cryptocurrencies must be their cryptographic algorithms. Litecoin and Bitcoin utilize unique algorithms which can be used to set them apart.

When it comes to Litecoin, the digital currency employs an all-new cryptographic algorithm called Scrypt. On the other hand, Bitcoin employs a traditional algorithm known as SHA-256. The main difference between the Scrypt algorithm and SHA-256 algorithm is how they influence/affect the mining process.

Although the SHA-256 algorithm is a little complicated than Scrypt, it supports parallel processing better. This allows Bitcoin miners to make use of better and more advanced mining methods.

One Bitcoin mining method worth mentioning is the Application-Specific Integrated Circuits method commonly known as the ASICs. In this method, modern hardware systems are customized for Bitcoin mining. The only disadvantage with this method is that it has made Bitcoin mining almost impossible for the average user.

Note that Scrypt does not support coin mining using hardware systems such as the ASICs. Instead, the algorithm only supports simple coin mining methods using GPUs and CPUs. Due to this simple fact, Litecoin and other virtual currencies that employ the Scrypt algorithm have become increasingly available for the average user. They are easy and cheaper to mine making them easier to access than SHA-256-based digital currencies such as Bitcoin. Although some players have introduced modern hardware systems such as the ASICs for mining Scrypt-based virtual currencies, average users can still mine Litecoin using simple GPUs and CPUs.

The public is increasingly becoming interested in cryptocurrencies making it important for users to be able to tell the difference between various virtual currencies. Litecoin and Bitcoin currently dominate the crypto world. The two have high market caps making them the most sought-after cryptocurrencies.

Although the two share several similarities, they also differ in multiple ways. For instance, while the entire Bitcoin network is limited to about 21 million coins, the Litecoin network can support more than 84 million coins.

Additionally, these virtual currencies differ in transaction speed. The Litecoin network confirms transactions much faster than the Bitcoin network. The two cryptos also employ different cryptographic algorithms. The SHA-256 and Scrypt algorithms are utilized by Bitcoin and Litecoin respectively.