In August 2018, the New York Stock Exchange parent company-Intercontinental Exchange announced that they would be venturing into cryptocurrencies with the launch of Bakkt, a new company. It was one of the biggest news last year at a time when prices were all over the place.

The parent company stated that it would go live with the launch of bitcoin future and warehouse and pledged to bring on the expertise of Starbucks, Microsoft, BCG and other notable companies.

Bakkt will not only bring regulation in the crypto industry but will also act as a gateway for letting in institutional investors to the crypto market. Kelly Loeffler assures that the Bakkt system is designed to be scalable enough for merchants, institutions and consumers to participate in digital assets. Bakkt promotes greater efficiency, security and utility.

The Initial launch had been set- November 2018 with testing set to begin the same month. Trading and warehousing was set at a later date in December 12. However, subject to regulatory approvals, the date was postponed to January 24 2019.

The first round of funding was completed in December with the platform raising over $182 million from 12 partners. Some of the partners included Galaxy Digital, PayU, Boston Consultancy, Horizon Ventures and Pantera capital.

Soon after the fundraiser, Intercontinental Exchange announced a push back of the January 2019 launch date till further notice. Regulatory approvals took the blame again. The firm however affirmed that the launch date would be announced in agreement with CFTC timeline and process.

In April 2019, the Chief Operating Officer of Bakkt announced that the firm had applied to register as a trust company of the New York Department of Financial Services to serve as a custodian of cryptocurrencies. A month later, Loffler asserted that they would be working with customers in testing the futures contract and custody in July.

In the following weeks phase testing began, a new date was set-September 23, when Bakkt would be going live with bitcoin futures contract. The date was arrived on after clearance from the US Commodities and Future Trading Commission and a green light from the New York Department of Financial Services.

What Bakkt launch means for;

The Bakkt launch would be particularly interesting for bitcoin. The parent company brings years of experience in terms of operation of regulated exchanges. It will also act as a gateway for institutional investors who have been eagerly waiting to venture in the market but hadn’t because of market manipulation concerns. 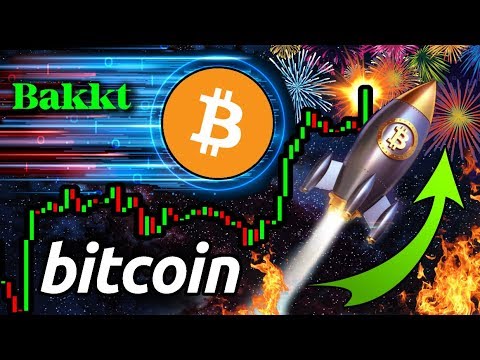 The platform has already stated that they wouldn’t be trading bitcoin on margin or leverage but rather would focus on finding a trusted price formulation. This means that the platform will act as a bridge in determining bitcoin prices.

Federal regulation means that investors no longer have to worry about the safety of their investment. Alongside the price, Bakkt guarantees customers a regulated platform that is hack and theft proof.

The regulation of Bakkt also eliminates most concerns raised by regulators in the US. Price manipulation being a top most concerns by the SEC. Bakkt’s launch should have impact on SEC’s decision on approving bitcoin ETF.