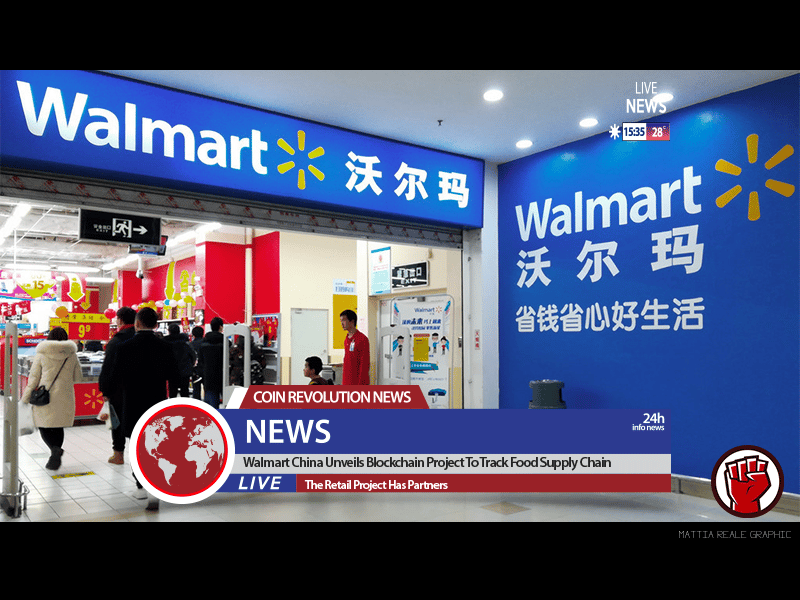 Walmart China is one of the new adopters of Blockchain technology in the retail industry. According to an announcement on Tuesday, June 26th, 2019 at an event convened by China Chain Store & Franchise Association (CCFA) and Walmart China, the retail giant detail plans to track fresh products on Distributed Ledger Technology with effect from 2020.

Although the retailer aims to track half of all the fresh farm products as per the roadmap and not the full supply, the project can be used as a benchmark by different retailers and suppliers if it proves to be feasible in Walmart China’s business model after deployment.

The Retail Project Has Partners

Most Blockchain projects by players in the enterprise world have supporting partners who offer technical support. They comprise Blockchain firms and other providers of required solutions such as marketing, management, etc.

Most importantly, trials have already been completed on the new platform where 23 fresh farm product supply lines have been launched on the platform already.

By the time of launching the Walmart China Blockchain Traceability Platform, developers aim to have incorporated a total of 100 product lines to account for half of the fresh food supply chain to Walmart China.

By adopting Blockchain technology in the use case of tracking fresh farm products, Walmart China is responding to changing consumer trends where shoppers are increasingly aware of their societal role in determining the origin of products. Most of them are motivated by the need to promote social and environmental justice in their personal capacity by spending money on companies that have all-rounded ethical compliance.

VeChain Is Excited To Build The Platform

Kevin Feng, Chief Operating Officer of VeChain exudes confidence that his company would herald a new era of “the commercial application of Blockchain technology”. This is because the rollout of Blockchain Traceability Platform would open the supply chain to consumers and retailers to enhance public trust.

Feng also goes further and reveals that the Vechain-powered platform would be based on the VeChainThor and therefore can perform crucial functions such as producing inspection reports, processing logistics, and collecting geological data.

Further, Vechain infrastructure will enable the Walmart Blockchain platform to be interoperable so that different players in the fresh foods supply chain such as suppliers, local governments, and quality checkers can cooperate in guaranteeing quality.

In the meantime Blockchain technology in various industries is rapidly surging as enterprises and institutions rush to make their operation models efficient, cost-effective, accurate, and super-fast.