The Volcker Rule, introduced by American economist and former Federal Reserve Bank Chairman Paul Volcker has for a long time been standing in the way of bank’s realizing their full potential.

This rule made it almost impossible for banks to engage in risky investments using the money that customers had deposited. This rule is highly disliked by the banks because it places restrictions on engaging in risky yet highly profitable ideas.

In recent times, however, proposals to water down the rule have been made and seemingly, the banks might have their long-awaited moment. The Federal Reserve Bank and other bank regulators in the United States have proposed amendments that will do away with the limitations of Volcker Rule and permit big stable banks to make investments in a variety of high-risk activities that are potentially very profitable. 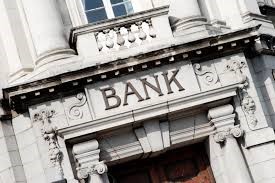 In a separate blog post about the plans that are underway to water the rule, Martin Weiss of the Weiss Cryptocurrency ratings notes that the plans come in the height of risk-taking by entities and which are big threats to key assets which may lead to huge losses that are impossible to recover.

This latest realization on Volcker by Weiss adds to the numerous times the rating agency has shown interest in Cryptocurrency in 2018. Early this year in January, Weiss released the first-ever global rating for Cryptocurrency market and stirred a lot of controversy by awarding Bitcoin a low rating of C+ and its counterpart Ethereum a slightly higher B grade.

With the new proposed changes in Volcker rule that are expected later this year, Martin D. Weiss and fellow author, analyst Juan M. Villaverde expresses that Cryptocurrency will gain a lot of momentum and trust and that banks are more likely to invest in it in the near future. The rule change will finally open the doors for banks to also participate in the highly profitable Cryptocurrency trade.

They further noted in the blog that soon enough, Cryptocurrencies will act as a better safe haven to deposit funds compared to the banks because their adoption will debunk the negative impression people have always had about virtual coins. The post further indicates that the technology offers an ideal depository solution and may soon overtake the banking platforms that have been in place for years if they do not reinvent themselves.

The volatility of Cryptocurrency comes up on top of every other factor why consumers have over time shown resistance to investing in them. Weiss notes that the intensity of the volatility may soon reduce because watering down these rules will allow trusted entities such as banks to take the risk and invest in them.

At the beginning of this week, Bitcoinist released a reporting guide that explained the probable established causes of Bitcoin’s market volatility. The publication highlighted the forces responsible for the major price fluctuations since May last year. With this knowledge, consumers can now make viable decisions and avert possible situations that can increase volatility.