The dust is yet to settle after exiting Libra, Vodafone is already running an advertisement promoting Bitcoin as a future payment system. Is this a dig at the Libra? Or is BTC about to enter a partnership deal with M-Pesa?

The UK based telecommunications company ran the hilarious German advert promoting Vodafone Germany. The advert included bitcoin in what is being perceived by the crypto community as a gibe at Libra, their former partner. Alongside a string of companies, Vodafone quit Libra after mounting regulatory scrutiny on the stalled project.

Libra is a stablecoin with a goal of offering global payment services to the underbanked and the bankless. The project raised eyebrows among governments in the European Union and the US who have raised concerns on user privacy and terrorism funding. This led to a number of partners dropping out of the association.

PayPal, one of the companies that quit Libra has already announced that works are in progress of their own blockchain-based payment system.

Vodafone Quit To Concentrate On MPESA

In the statement that announced Vodafone’s exit from Libra, the telecommunications company asserted that it was leaving Libra to concentrate on its own mobile payment system-MPESA that offers over 20 million people payment services similar to banks.

MPESA is a revolutionary service founded in 2007 that been nothing short of revolutionary. The service has served millions of unbanked population in Kenya, Tanzania, and India among other countries, the access to payment services on their phones. Users only need a Simcard to access the service.

Some of the uses of the MPESA service include money transfer, paying bills, paying for goods and services and loan access. The use of MPESA is as easy as sending a text message, one of the reasons for its viral use in East Africa. The service, in addition, partnered with banks to allow easy deposit and withdrawal of funds. 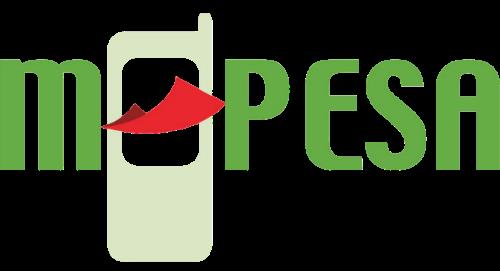 The latest MPESA development has seen more partnerships with international remittances like PayPal and Western Union thereby allowing users to send and receive money globally. It could be possible that the latest bitcoin ad is a sign of the preparation of the addition of Bitcoin into MPESA.

The interest in cryptocurrency in Kenya is on the rise while current Kenyan laws remain unclear and vague on cryptocurrency. Only a simple warning on dealing with cryptocurrency by the central bank has been issued so far. In the likelihood of a partnership, it would still take some time for Vodafone to introduce BTC to MPESA but there is no doubt that the market is ripe for a venture.