About two days ago, Nicolas Maduro, the Venezuelan president appeared on national television. However, that is not the big news. He appeared at the state-run TV channel while holding a cryptocurrency hardware storage device. The device is said to be a product of Trezor, a leading wallet supplier worldwide.

The video of the Venezuelan president appearing on VTV – Venezuelan Television Corporation was posted on the president’s official Facebook pages. However, Trezor has stated that it is not aware of their representatives that appeared along the president on the channel. It had been earlier reported that Maduro was meeting a company that claimed to be Trezor’s representative in Venezuela. The company introduced itself as Trezorvenezuela. Following that report, the official Trezor took it to Twitter to make certain clarifications. It denied any association with the company that was featured on VTV alongside the Venezuelan head of state.

The official Trezor company stated that they don’t have any official reseller in the South American state. They made the tweet on the 7th of November 2019. Both Satoshilabs and Trezor clarified that they didn’t attend the crypto affair launch that was held on the 6th of November 2019 in Caracas. The event was graced by the Venezuelan president, Nicolas Maduro.

Trezor, however, pointed out that Trezorvenezuela used to be its reseller in the third quarter of 2018. It was later removed. It cannot restrict the sale of its products by the alleged company in any part of the world. They are currently investigating the matter to make things clear. Trezor also clarified its stance in regards to the current Venezuelan political atmosphere. 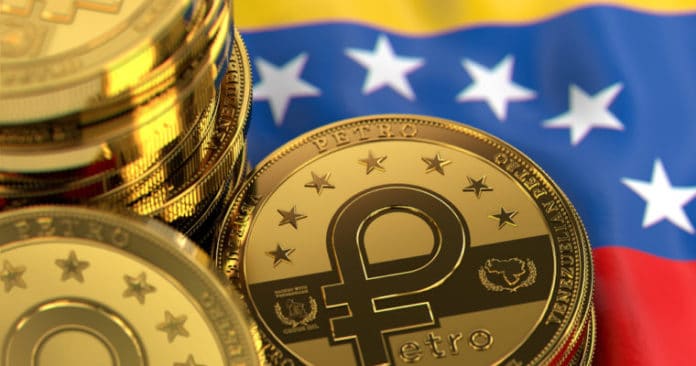 Petro is a Venezuelan oil-backed crypto that was introduced in February of 2018. It was launched by the president of the nation. After that, he ordered Banco de Venezuela, one of the leading banks in the country, to accept the crypto in 2019 July.

El Universal, the official Venezuelan newspaper reported on the 6th of November that the president carried out a conference at the bank’s head offices. The main aim of the conference was to create more adoption to the crypto. While at the event, the president announced the procedures that will be used for the merchandising of products via the coin. It appears that President Maduro is a fan of the virtual coin. Therefore, he will do anything to ensure that they are adopted across the country.