A group of senators in the United States want more sanctions to be applied to the Petro which is Venezuela’s digital token backed by the Venezuelan government.

Contents Of The Proposed Bill 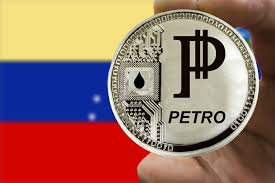 The bill which proposes the sanctions was first introduced on the 24th of September, has been brought to the floor of the house and sponsored by Marco Rubio, Bob Menendez, David Perdue, Dick Durbin, Ted Cruz, Ben Cardin, Bill Nelson, Tim Kaine, John Cornyn, Patrick Leahy, and Michael Bennet.

Being dubbed as the Reconstruction and Rule of Law Act 2018, Venezuela Humanitarian Relief also includes a wide range of areas with respect to Venezuela including support for the restore of democracy and the support of migrants from the nation through the proposed humanitarian aid.

It also includes a section which is quite similar to the executive order which was signed by the president, Donald Trump, earlier in the year which saw various sanctions imposed on the government-backed Petro. The digital token which had been unveiled by President Nicolas Maduro in 2017 has been received by not only criticism but also condemnation by many sections even while the Venezuelan government is determined to see it being used in the various sectors of the economy.

President Maduro has announced that the petro will be going on public sale early November.

The proposed bill contains more stringent measures to the bill signed by president Trump which includes banning residents from the United States from offering software to the government of Venezuela in its efforts to have the Petro launched.

The bill states that as of the date it is enacted all citizens and residents of the US are forbidden from providing financial services, financing and software and any other service related to a digital currency, digital asset or token that has been issued by the government of Venezuela, for it or on its behalf.

Also included on the bill is the call for a report assessing the effect that Cryptocurrencies have on the sanctions that the United States imposes. This call mandates the U.S. State Department, as well as the CFTC (Commodity Futures Trading Commission) and the SEC (Securities and Exchange Commission) to hand in a report assessing the effect that digital assets have on the effectiveness of sanctions the US imposes around the globe to the respective appropriate committees.

The government of Venezuela has been seen as trying to push for the use of the Petro digital token as a way of dealing with the current economic crisis it faces and the skyrocketing rates of inflation. As well as a way to bypass sanctions imposed on the nation by the US.

A Solution For Evasion Of US Sanctions

In the event that the bill passes the house and is signed into law, it will contain two main components. One of the components is the inclusion of details as to how digital assets are being used to bypass and evade sanctions imposed by the United States.

The second component is the call for new legislation and regulatory measures that will ensure the efforts to evade US sanctions are not successful.