Blockchain technology has been incorporated into different fields and industries such as gaming, e-commerce, banking, insurance, education, healthcare research, financial services, etc. As the world was starting to think that the possibilities of Blockchain technology have been explored to the fullest, it seems that much is yet to be discovered.

The latest industry to benefit from Blockchain technology is the field of computer-sharing resources. A startup Blockchain in Singapore known as Uranus has developed a platform for harnessing computing power from personal devices, laptops, and computers.

Uranus Services Will Be Cutting-Edge 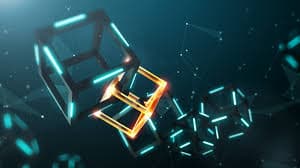 Computer sharing within the world of Blockchain technology is creating a unique market niche that is poised to serve different applications. For instance, Uranus users can be able to provide computing power to users willing to use it for advertising, weather analysis, games, internet of things (IoT) node management, web research, the gamut of voting, just to mention but a few.

Uranus platform will enable people to use their computer hardware to lend services to other users within the network. In doing so, they will get a chance to earn tokens as on-platform proof-of-work and rewards for rendering services. The platform token will be referred to as Uranus token according to the platform’s head of marketing.

Uranus Is Likened To The Uber Model

Uber allows drivers who are prospecting for passengers to use their phones to source for clients. The idle cars are then able to operate optimally and offer a source of livelihood to the drivers. In the same way, Uranus.io will proffer a network where users can help each other to solve problems. Just as Uber allows taxis to be available to stranded passengers, Uranus will be able to get people with computing hardware and software to help their peers with different computing needs.

Distributing computing resources through Blockchain-powered architecture will also ensure that users get a one-time assistance in their time of need. The platform will work on a remote access model, a factor that is vital for running an efficient economy.

During a recent tour of the Uranus team’s in Russia, Singapore, and Vietnam, the CEO James Jiang assured potential users that the platform will enable different people to utilize the often-unused and massive computer power. He added that the public Blockchain will be an open marketplace for all computing needs and be the first of its kind in the world.

Uranus Services Will Be Cheaper

On the perspective of payment, Uranus is yet to give a detailed model of how users will be charged on the different services. However, drawing conclusions from other like-minded sectors, it is almost certain that the fees will differ with services. For example, IoT node management services are likely to be more expensive than gaming. However, this is yet to be seen.

Blockchain-powered computer sharing is deemed to be a substitute for cloud computing services. However, the benefits of the technology make Uranus cheaper by estimates of up to 30%. Uranus will be cheaper to use than the Ethereum-powered Amazon Web Services, Google Cloud, and Microsoft.