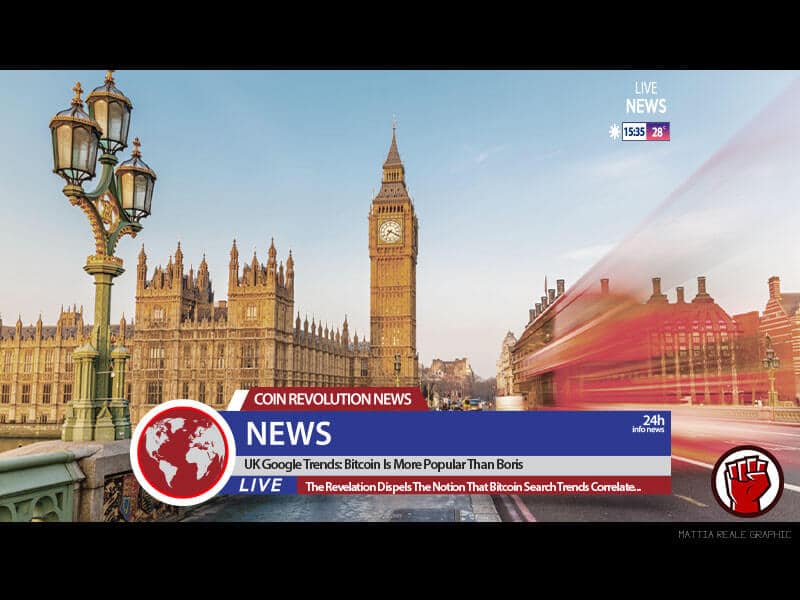 Thousands of UK protestors have taken to the streets of major cities like London, Manchester, Liverpool, and Belfast. The citizens are expressing their dissatisfaction with Prime Minister Boris Johnson’s decision on requesting the Queen of England to prorogue parliament. Some people are arguing that this move is meant to deny parliament ample time to deliberate on Brexit which could lead to a hard Brexit. On the other hand, Boris supporters are defending the PM while saying that this decision is well with the law.

For this reason, the country is engulfed in a mood that leads many to search for Brexit or Boris on Google. Surprisingly, Google trends show that most online queries in the UK are on Bitcoin despite the looming Brexit crisis and Boris Johnson’s seemingly ‘unorthodox’ leadership style.

The latest market data shows that BTC/USD has been slightly bullish in the last 24 hours having surged by a paltry 0.07%. As much as this data is not ideal for short term investments purposes, it indicates that the Token is maturing as volatility is reducing. As at press time, the price is $ 9,611 on Coinmarketcap and it is difficult to forecast the next intra-day.

In the price perspective, the notion that a surge in Bitcoin Google searches correlates to a bull run is being dispelled. Further, the current political environment in the UK is charged. This is because the country is at a crossroad that some are comparing to the Second World war crisis. Despite all these, interest in Bitcoin is still higher.

In a flashback, the peak for Bitcoin on Google was in late June when BTC/USD hit a peak of $14,000. Soon after, a sudden pullback ensued eroding all the gains due to a market correction. Nonetheless, the rally excited Google users and the UK Google space recorded its peak in Bitcoin interest.

Is Brexit Chaos And Fallout Boosting Bitcoin Adoption In The UK?

Hardline Brexiters and some hardcore Pro-European supporters in the UK have been locking horns over Brexit. The fallout is hitting hard on the UK financial standing and the economy at large. For instance, some firms are relocating their headquarters to other EU countries and the Sterling has been hit hard. Further, there are fears that the UK could crash out of the European Union cutting it off from important markets.

Therefore, the prospect of Bitcoin as a safe investment is gaining traction as direct ties to traditional commodities remain susceptible.

Additionally, the global market is also warming up to Bitcoin. This is due to the ongoing US-China trade war, collapse of the Italian government, the Dorian Hurricane threat, etc. These events have the potential to disrupt the monetary economy and assets market and erode wealth. Hence, investors’ appetite for decentralized and virtual assets such as Bitcoin is bullish.

Amidst the uncertainties, Gold and Bitcoin remain the most viable assets to hedge wealth from shocks and disruptions. According to eToro retail, investors’ appetite for the two assets is strong. Nevertheless, Bitcoin’s performance is stronger than Gold due to its low storage costs and decentralization.