The demand for  Bitcoin in Turkey has risen significantly, leading to an increase in its price against the Lira (Turkey’s currency). Currently, the Cryptocurrency has reached a seven month high against the currency. The relationship between Turkey and its longtime ally, the U.S. has deteriorated and Washington has already slapped the country with economic sanctions. Consequently, the local currency has lost its value against the US dollar and most people have turned to the virtual currency to cushion themselves. 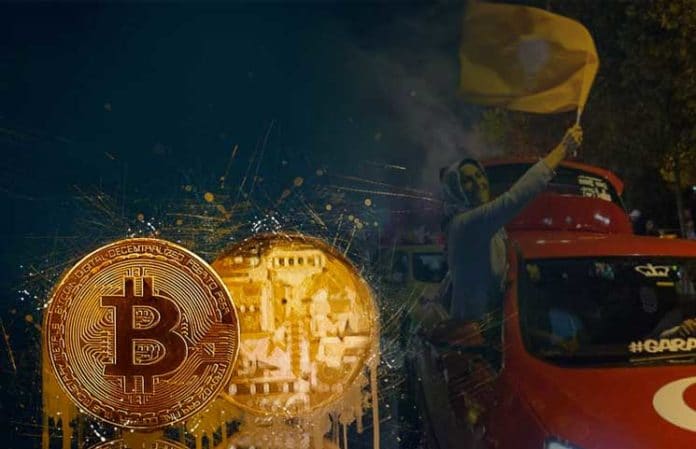 The price of Bitcoin against the Turkish Lira has touched a seven month high. In the last few days, the price of the virtual currency has risen tremendously in the country. One Bitcoin now costs about 47,200 TRY. This is the highest price for the Cryptocurrency in the country since January 2018.

A closer analysis of the change in Bitcoin price in the country shows that the Cryptocurrency has experienced a sharp increase in recent months. From August this year, the value of BTC against the Lira has increased by 31 percent. Since June 24, the virtual currency’s value has increased by 67 percent. This is despite the BTC’s value against the US dollar appreciating by only 11.8 percent in the same period.

Deteriorating Relationship Between Ankara And Washington

The relationship between Turkey and the US has worsened in recent times and has seen President Trump impose economic sanctions on Turkey. America is punishing Turkey for holding an American pastor, in what the US says “illegally.” Turkish President Erdogan has said the sanctions are “unethical.”

Since the introduction of the sanctions, the Turkish economy has faced various challenges. Lira is losing its value against the US dollar at an alarming rate. The currency is losing its purchasing power and there are fears it could become useless if nothing is done on time. The Turkish are afraid that their savings and investments in shares could be wiped out within no time if they just sit and watch.

In the wake of economic uncertainty after the US imposed the sanctions on Turkey, many Turkish have turned to Bitcoin as they view it as an ‘economic refuge.’ This has led to increases in the demand for the Cryptocurrency which has then boosted its price against the local currency.

Among the first people who have felt the impact of the increased demand for Bitcoin are the Cryptocurrency exchanges in the country. The various Crypto exchanges such as Koinim, Btcturk, and Paribu have experienced a tremendous increase in their daily trading volume, especially since last Friday.

Many Crypto analysts predict that the value of BTC against Lira will continue to increase in the coming few weeks. This argument is based on the fact that the Turkish president has vowed that his country will not be “bullied by the US.” Such statements will only prolong the sanctions and create more uncertainty for the benefit of Cryptocurrencies. It remains interesting to see for how long Bitcoin price will continue to increase against the country’s currency.