One of the leading crypto firms has announced the introduction of $DGLD. The company operates by the business name, Blockchain.com. It is a top analysis and crypto wallet company. Apart from that, it is also a parent company of the Blockchain Pit exchange. It will bring to the public a digital representation of real gold. It will also leverage its main security from the blockchain of BTC.

The Great Partnership Behind This

This new digital crypto product has been introduced in great partnership with Coinshares. Coinshares is one of the leading international digital asset managers. The Swiss-based firm has its main offices in South Africa, and MKS – Switzerland. It also operates in the United Kingdom. Coinshares is also a trader of precious metals.

For a long time, the company has been offering financial services. This includes vaults based security applications for a number of precious metals.

The Main Role Of The Digital Asset

The new digital asset will be charged with one main role. DGLD will be responsible for allocating an equal quantity of gold in the main vaults run by MKS – Switzerland. The digital asset’s data will be kept on the main blockchain.

Its main security layer will be BTC’s protocol. This is where it will verify the proof of ownership for the main sidechain. The same feature was recently used by Microsoft to create a digital identity solution.

Attestation Utility For All

A tweet by Charles Mcgarraugh has highlighted some new insights on this new development. He is Blockchain.com’s head of marketing, and previously worked for Goldman Sachs. He describes this BTC’s use case as an attestation utility meant for all. He also points out that it is safe and self-sovereign.

Mcgarraugh also talked about the gold investment economics. He cites the benefits of hard money in the economy. According to him, gold has a 0%-real yield perpetuity bond. This can safeguard investors from economic distress and inflation.

Bitcoin and gold should not be rivals. This is according to VanEck’s CEO, Gabor Gurbacs. He refers to the fact that the prices of these two usually rise based on the same market conditions. Gurbacs thinks that one should just appreciate the other.

This is aimed at cutting off the friction that exists among the two. It will also maximize gold’s feasibility as a medium of exchange. DGLD has begun trading on BlockchainPIT, a leading exchange. 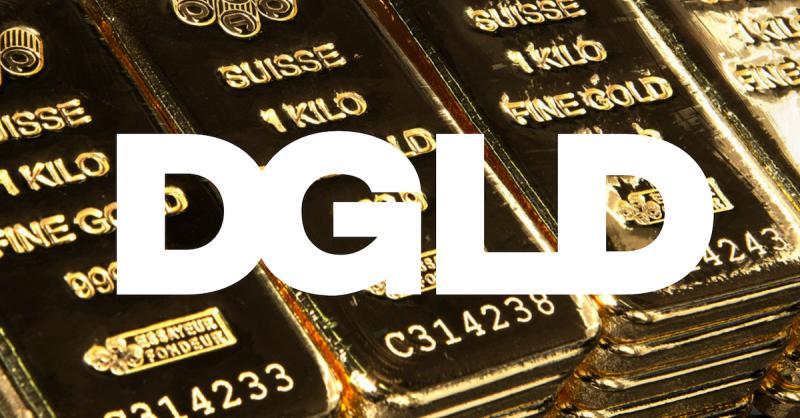 More About The New Asset

The new asset model will maximize the fractional use cases of gold. It is the best for an exchange due to the easy transmission that it presents. Bitcoin has decentralized public blockchain. This will help in verifying the proof of ownership. It will be done in the same manner BTC addresses of receivers and senders are usually sent.