IBM is one of the global players that has great influential power in regards to technology adoption. According to the Vice President in charge of IBM Blockchain Global trade, Todd Scott, the massive company has a “master plan” that seeks to gradually drive innovation and facilitate access to DLT. VP Scott reveals that the heavyweight firm is using its good credentials to influence the much-anticipated move to DLT by working with multi-industry partners.

IBM Is A Leading Innovator

In the last quarter century, IBM stands out in the application of patent rights. The over a century old company is best known for the invention of the ATM which greatly disrupted the world by exploring solutions that were unfathomable in the last era.

Further, the company has made immense contributions to the world and it is now investigating avenues of transforming the Blockchain technology from being a mere concept that can be deemed to be far-fetched and out of touch with reality to an everyday technology for all solutions. This is because IBM believes that Distributed Ledger Technology will grow beyond its ties to Cryptocurrencies to disrupt many industries in a way that has not been seen before. 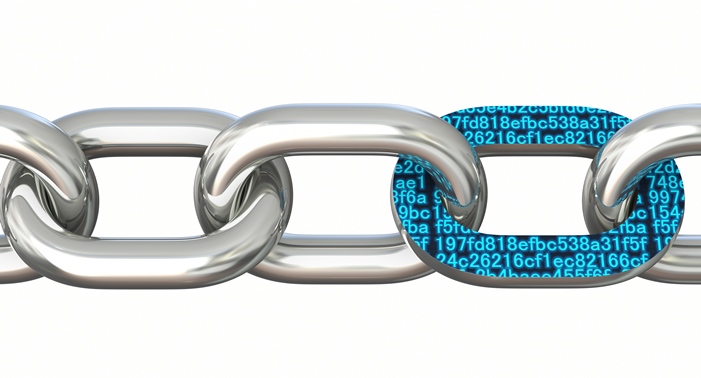 IBM Is Investing Heavily Into Research On Blockchain Application

In the last few years, IBM has heavily invested in initiatives that utilize DLT as a tool to democratize traditional systems of industries. For instance, in early November 2018, IBM applied for a patent dubbed as “Blockchain for Open Scientific Research”. The new application of Blockchain technology aimed to create a tamper-proof ecosystem for uploading scientific research. Additionally, the platform aims to ensure that scientists can track and identify various users of their work.

Secondly, IBM also intends to use Blockchain to enhance drone security and privacy concerns and a patent application has already been submitted to the US Patent and Trademark Office. Additionally, the tech firm recently unveiled a DLT payment platform for facilitating real-time international payment transactions between banks. This new ecosystem is poised to revolutionize the international trade industry that is fast improving.

Thirdly, IBM is also the dominant tech firm in the supply chain industry. Scott reveals that the iconic TradeLens’ system is at the forefront of digitizing international trade through tracking cargo movements. The new network has been developed in conjunction with MAERSK to radically change the shipping industry.

Under the same category of the supply chain, IBM has also rolled out the IBM Food Trust that targets to connect farmers, and grocery retailers or end consumers desiring fresh produce. It is also a record-keeping network to troubleshoot supply chain shortcomings such as availability of contaminated greens.

These are just a few examples that showcase how IBM is making headways into the unchartered territories of Blockchain technologies that some people refer as the wild west. Nonetheless, many businesses are liaising with IBM to develop DLT solutions of their own for better service delivery.

Todd Scott reveals that the company will be figuring out the best Blockchain customization features to improve efficiency and eliminate challenges. He further assures prospective clients and all businesses to trust IBM for secure, scalable, and smart DLT solutions for all their needs as IBM lives up to its legacy.