TikTok the latest social media platform to take the world by storm, is typically associated with teenagers and young adults creating funny videos or sharing in the latest dance crazes. However, it has recently been involved with something far more profitable, well for the owners of DogeCoin tokens at least.

Looking Into The Viral Video

The spike in value began in earnest about a week ago when a user on the platform, JamezG97, created a video in which he explained to his audience and other viewers, why they should invest in DogeCoin. The premise for the video was fairly simple, Dogecoin is incredibly affordable at the moment, and TikTok has a large volume of users – approximately 800 million, if you’re interested.

JamezG97 hypothesized that if each user purchased a value of DogeCoin to the amount of $25 USD, that would propel the intrinsic value of the cryptocurrency token forward to $1 per token. This, in turn, would lead each person to have roughly $10 000.00 worth of cryptocurrency to their name, and that sounds like a great deal.

The Unspoken Power Of Social Media

Once the initial video by JamezG97 sparked a point of conversation, quite a few other individuals chose to make content of their own on TikTok featuring reasons why they believed DogeCoin was a valuable investment. It even helped to create a new Twitter hashtag for the challenge. Most importantly though, it accelerated the price of the cryptocurrency from $0.0023 to $0.0057, which is a massive jump.

Thanks to social media TikTok users, as well as the K-Pop community, banded together to earmark countless seats at a rally for Trump and then did not show, effectively making the stadium look empty. In addition, while it can be certain that the elusive goal of $1 was not reached, the 147% increase in total value for DogeCoin which was created in just over three days is a staggering achievement – DogeCoin’s own team didn’t even plan that. 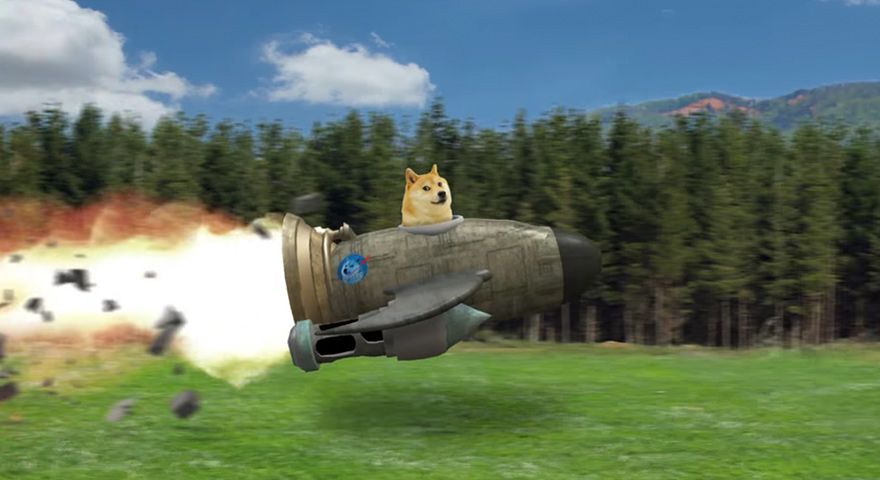 Meditations On The Effect Of The DogeCoin TikTok Challenge

The fact of the matter is that while DogeCoin is still far away from becoming as valuable as $1, the TikTok movement is still an impressive feat that shows the true power of collaboration that is possible when social media networks are harnessed effectively. Although, this phenomenon does not only bring with it positive outcomes.

The negative from this is that many of cryptocurrency’s strongest supporters were reminded that for the vast majority, the advent of cryptocurrency and altcoins are rarely just forms of speculation. This is certainly not helped along by the fact that DogeCoin is a meme-coin, whose creators are known to have made fun of people purchasing DogeCoin tokens.

All in all, the past couple of days have shown us that social media networking has a vast swathe of untapped potential both for the education of individuals about cryptocurrency and to mobilize them towards the eventual purchase of cryptocurrency. Do you think this is a good thing and if so, how would you use social media platforms, like TikTok, to increase cryptocurrency ownership?