This Week in Crypto Regulation: Week #23 Spain passed legislation regarding the regulation of cryptocurrencies on the 30th of May. Just two days later Mariano Rajoy was forced out of office by no-confidence vote after corruption revelations became public, leaving unclear when and how Spain will proceed to regulate cryptocurrencies 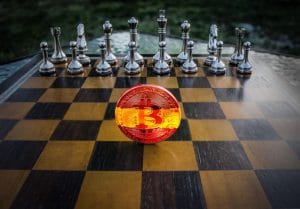 The Bappebti, Indonesia’s Future Exchange Supervisory Board of the trade ministry categorizes cryptocurrencies as commodities. As a consequence, trade of cryptocurrencies is now allowed at the Indonesian stock market.

At a panel organized by the New York City Bar association, an association for lawyers and law students, members and representatives of SEC, CFTC and Finra discussed the problems, possibilities and benefits of regulating digital money.

Valerie A. Scepanik is the first to take the office of the Senior Advisor for Digital Assets and Innovation at the SEC. He was also named Associate Director in Division of Corporation and Finance.

Belgium: The Belgian government warns its citizens about investing in cryptocurrencies

The Belgian government informs and warns its citizens about frauds and data security regarding cryptocurrencies, ICOs and other services in the sector. The website is called “trop beau pour être vrai” – too good to be true.

Coinbase announces that it is going to become “a US-regulated blockchain securities trading venue.” According to them, “an important moment” for “the entire crypto ecosystem.”

Today we’re excited to announce that we’re on track to become a US-regulated blockchain securities trading venue. We believe this is an important moment not only for Coinbase, but the entire crypto ecosystem. https://t.co/3grNDa6l9Z