Russia’s two largest banks Sberbank and Alfa Bank will offer their clients Crypto Portfolios. Their customers will not be able to buy cryptocurrencies directly via these banks. Instead, they can buy shares of a fund that trades the biggest cryptocurrencies. Surprisingly, the manager of Alfa Bank said that they want “to speed-up the recognition of the digital assets as legitimate financial assets as soon as possible”. Russia is known to be a very crypto-friendly country. As even Russia’s president approves cryptocurrencies. 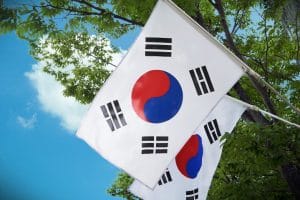 The government of South Korea has launched investigations into the increased cases of Crypto hacks in the country. The country’s Crypto Exchanges have become victims of the recent hacks leading to the loss of virtual currencies worth millions of dollars. The government will also carry out security checks on the individual Crypto exchanges’ system.

War against the use of Cryptocurrencies for money laundering in Europe has gained momentum after the region’s law enforcement agency joined with major exchanges, payment processors, and even digital wallet providers. The two groups took part in the three-day seminar on Cryptocurrencies and cybercrime that started on Tuesday in the Hague.

One thought on “This week in crypto regulation: calendar week #25”