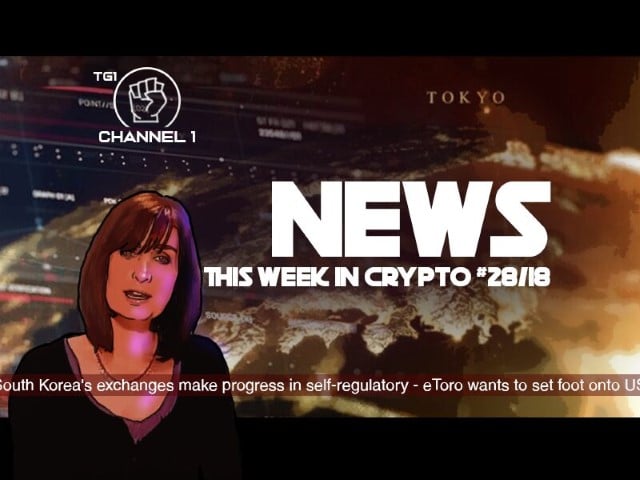 South Korean  Crypto exchanges conduct self-regulatory measurements. But so far, only 14 out of 23 exchanges took part in the exercise. 12 out of the 14 participants met the self-regulatory standards. Despite actual security flaws, many critics are forced to question the effectiveness of the inspection.

eToro, a global investment platform announced its plans to expand into the USA on Mondy. However, the plans are subject to regulatory approvals. Despite being a unique platform, critics dout that the company will have good chances in conquering considerable market shares. eToro is a platform for cryptocurrencies, stocks and other assets alike.

The justice department is making an example of what happens to investors that use unethical trading in the bitcoin market. Theresa Tetley operated under the screen name ‘Bitcoin Maven’. Based in Los Angeles, she worked tirelessly on the LocalBitcoins site to make trades of cash for cryptocurrency. As a consequence, the judge sentenced her to 12 months in prison. 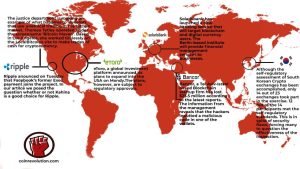 Ripple announced that Kahina van Dyke joins the company as the new SVP Business Development. Kahina worked for Facebook, Citibank and Mastercard. Because Facebook doesn’t have an own payment system, many people doubt that she is a good choice for Ripple. We took a closer look at her.

Hackers robbed roughly 23.5 Million USD from Bancor, a cryptocurrency based startup from Tel Aviv, Israel. Because of a security flaw in the wallets, the hackers could take advantage of the otherwise unprotected funds. However, the company will proceed with its business activities.

The bank is located in Berlin Germany. Because it is one of the first of its kind to offer Crypto financial services in Europe,  it is appreciated widely by the crypto space. However, the bank targets especially Companies and other banks that want to deal with Crypto.