A pro free-market attitude is widely common in the crypto space. The leading figures here are all free-market advocates, entrepreneurs or just simply outright capitalists. Vitalik Buterin is fascinated by the idea of radical markets, Brad Garlinghouse‘s company Ripple seeks to collaborate with the international banking system and Roger Ver is known to identify as an anarcho-capitalist and a libertarian. And at last, Satoshi‘s messages suggest undoubtedly that he is an outspoken enemy of a statist fiat money system. So, it‘s very unusual to hear anti-capitalist tones in the crypto space as in these tweets:

#Poverty is everywhere. This is something that is not going away. Holding onto the ideal that #capitalism, at least as we have it now, is a system worthy of defending needs to go away. This system harms most of the people who are under it.https://t.co/QJ3jdAGDLO#basicincome

If #work is no longer a defense against #poverty, then what is the answer?
Our view is giving people the #safetynet of a #basicincome is the most viable approach at this time.

You can sign up for weekly $Manna distributions today.https://t.co/LYv0EAkDQj#cryptocurrency

"Is it not time we started to tap into the #potential that humans have? How much is the world losing because people are either living in extreme #poverty or barely getting by in a dead-end job?"https://t.co/6eUD4hDZpy#basicincome #cryptocurrency #inequality #humanity

Manna – an Universal Basic Income project based on its own cryptocurrency

As you read, the altcoin that we are talking about here is MANNA of the project Mannabase.com. The project was founded in 2015 and it says about itself that it “is an online platform for the world’s first Universal Basic Income cryptocurrency“. Aha, it is a realization of the widely controversial idea of an Universal Basic Income (UBI). Whether you are old, young, Asian or African, whether you are rich, poor, Muslim or atheist, whether you are straight or homosexual, it all doesn’t matter. According to Mannabase, you are entitled to a basic income.

Therefore, everyone can sign up at Mannabase.com and receive a weekly distribution of currently 4 Manna tokens. The amount decreases with each new signed up person for the weekly contribution. Though, if you participate in Manna’s referral program then you will receive some more tokens. The Token is currently worth $0.005, but earlier this year the token was worth something in the range of $0.10 to 0.25$ and you could receive about 20 to 50 tokens weekly.

So the token could actually make up a contribution of a few dollars weekly at times. This is enough to help alleviate extreme poverty in very poor nations, but as of now Manna’s impact on poverty is getting more and more negligible with just a few cents weekly. The inflationary nature of this 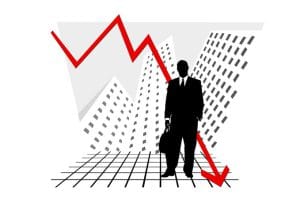 is self-explanatory. No one wants to spend their money on a token that has no value in itself and only serves as a tool of value distribution. But of course, the project wants to fight this inflation. By rebuying MANNA at market price, the Manna project wants to regulate the inflation. For this, the project relies on donations of either private persons, companies or of governments.

But why would anyone invest in this project? With its anti-capitalist rants, Manna probably has stepped on a lot of toes of potential donators and their hope is probably that some charity organization is convinced by the Manna project so much that they would like to invest into this bottomless pit. Or the other option would be to rely on some government program. But there we are back again at centralization, that almost all crypto-enthusiasts oppose. A power structure that relies on force, coercion and sometimes even violence.

So, what‘s the lesson in this? Maybe this. If your idea doesn‘t work on a voluntary basis, it might not be a good idea.

One thought on “The world‘s first anti-capitalist crypto project”