Cboe along with SolidX and VanEck have filed for a license to launch a Bitcoin ETF with the US Securities and Exchange Commission (SEC). This means that the US may still be set to get a Bitcoin ETF despite the dashing of hopes when the US SEC declined to grant the same license in many past instances. The announcement was made by the Digital Asset strategy leader of VanEc, Gabor Gurbacs.

Exchange Traded Funds Are Part Of The Mainstream Stock Markets

An exchange traded fund (ETF) is an investments product in stock markets that allow investors to buy and sell holdings in an ETF where there are underlying assets. The assets may include gold, Brent, an index, or any other asset.

The ETF tracks the price of the asset and can, therefore, facilitate transactions between investors and their prospective clients who may want to leverage the performance of a particular asset.

Hence, Bitcoin ETF is a stock market product that uses BTC as the underlying asset. Investors are able to own a portfolio of the ETF account. It is important to note that they do not get to hold any actual BTC and this ensures that there are no security risks.

A Cboe Bitcoin ETF would create a more liquid Cryptocurrency market by allowing more investors to recognize Bitcoin as an asset and invest in it. Thus, the Cboe BZX exchange would play an instrumental role in revitalizing the Crypto market that has been bearish following the chaotic Bitcoin cash hard fork on November 24th last year. 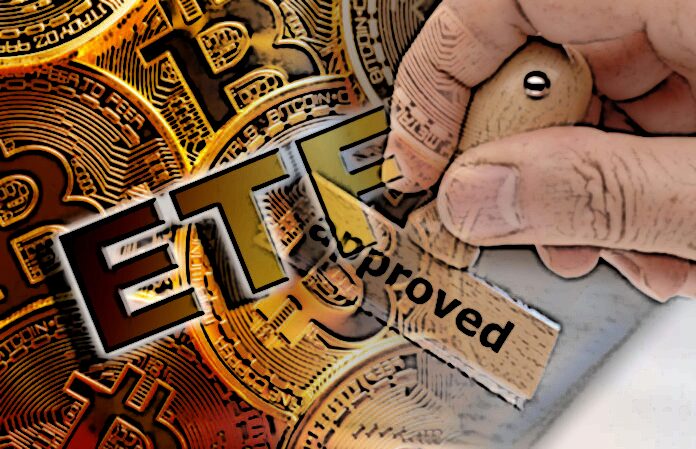 The US Government Shutdown Affected The Application Schedule

Cboe and the joint partners initially had a plan to submit the application to the SEC earlier in January. However, this could not have been possible following the government shutdown that only ended last week after President Trump gave in and reopened the government.

Meanwhile, the US Republican Congress members are trying to strike common ground with Democrats over the border wall funding. They have until February 5 to do so or the president would shut down the government or declare a national emergency over the immigration crisis.

Earlier in January, VanEck CEO Jan van Eck revealed that the team was already in consultation with the SEC prior to the shutdown. They only withdrew the decision to avoid rejection due to time constraints. Had they not withdrawn the filing, the final decision would have been given on February 27th.

From the date of application, the SEC has a total of 240 days to give the green light or reject the proposal.

In addition to the Cboe Bitcoin ETF application, NYSE Arca in collaboration with Bitwise Asset Management has also filed a proposal.

If history is defied this time around, Cboe BZX Exchange will be able to list a Bitcoin ETF trust with the full approval of the SEC. The ETF will then be regulated by the agency under the US financial laws and hence deemed to be a part of the mainstream investments industry.