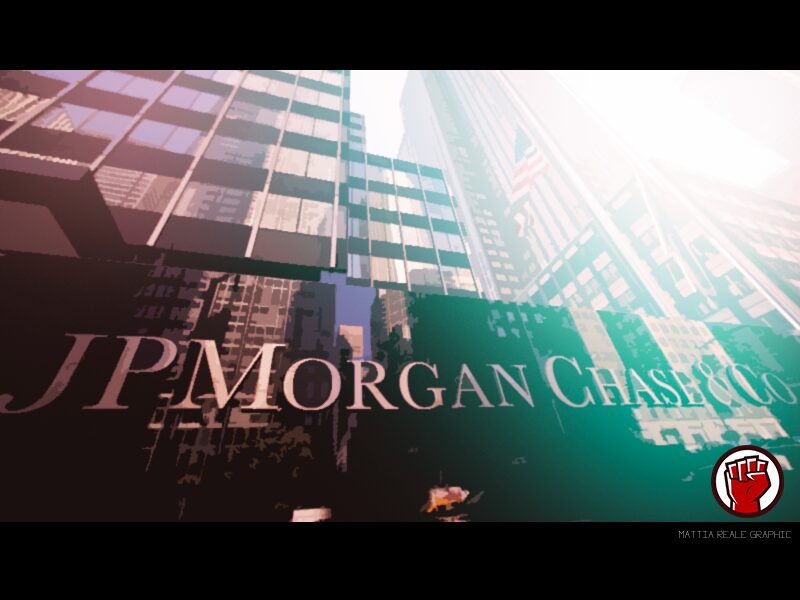 JP Morgan Chase is the latest giant to join the crypto craze. The firm is turning to digital currency in its plan to modernize its central business.

In a statement published on Thursday, the bank announced that it prides itself in being the first US bank to develop a prototype digital coin. The coin will be used to speed up payments between its corporate customers.

The currency will be based on Blockchain, a decentralized ledger of transactions which offers incredible speeds since there are no middlemen. The token has already been named JPM coin.

JP Morgan’s Head of Digital Treasury and Blockchain Mr. Umar Farooq says that the idea was inspired by many of JP Morgan’s clients who wanted to move more than just money and in a real-time way. Exchanging value between two parties in a Blockchain requires cryptocurrency and this forced the firm, to create the JPM coin.

The banking giant moves at least $5 trillion in wholesale payments in a day. News like this is set to make waves in the crypto space. Experts have already started questioning the impact of the dollar pegged crypto coin which will only be available for JP Morgan’s clients. On the other hand, some see this as good news to a space that has been rocked with scandals and volatility.

According to Farooq, it has now been a year since the coin began development and is a response to the client’s demands for such a system. He also added that the coin developments are still ongoing and that the company is waiting to carry out tests with institutional customers in the coming days.

SWIFT, through the global payment innovation initiative is an alternative and efficient system for sending money across the world. However, banks still run into troubles with cross border payments and the JPM coin is a savior in such situations courtesy of its instantaneous value transfer.

The JPM coin is not your ordinary coin, it is different from traditional cryptocurrency which uses public open access Blockchain. The JPM coin’s value is equivalent to that of the US dollar and uses JPM’s private Blockchain network.

According to Adam Grimsley, a fixed income investor and a co-founder of a London based crypto hedge fund, JP Morgan has taken a bold step and it could be the first bullet in an impending war.

“The move,” he adds, “could be the first in the broader adoption of cryptocurrencies by giant institutions”.

This is not the first time JP Morgan is getting involved in crypto. The Interbank Information Network is a creation of the institution and is based on Ethereum. The project already has 157 banks world over on its network. Its intention is to address the challenges of information sharing between banks and assist in faster payments of beneficiaries. JPM coin, on the other hand, chooses to focus on value transfer.

A Turnaround From Past Statements

Cryptocurrencies have stumbled in the past year and has seen value fall 80 percent from where it was in December 2017. The news about JPM’s interest in Blockchain seems to be a turnaround from statements its executive officer Jamie Dimon gave in the past- calling bitcoin a fraud.