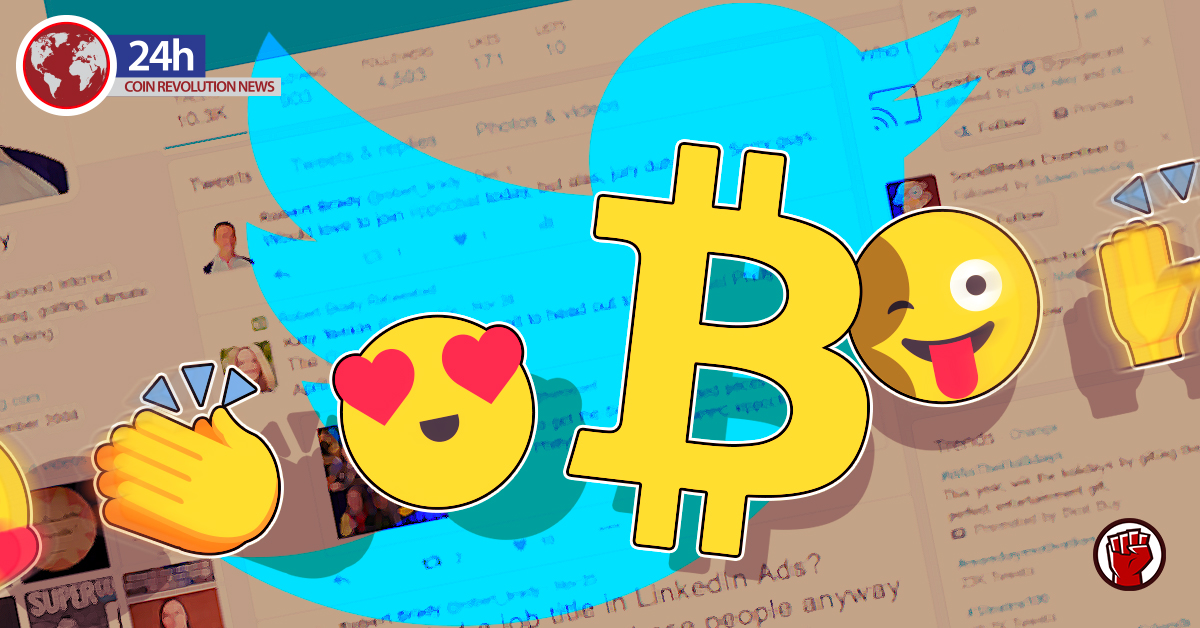 After close to 3,000 retweets, the twitter management team has finally decided to heed to the call. We finally have a bitcoin emoji. This comes months after bitcoin enthusiasts led by self-anointed bitcoin evangelist Anthony Pompliano lobbied the social media platform to design an emoji for the beloved cryptocurrency. The new emoji now comes up every time you type hashtag bitcoin.

In his tweet dated October 29th, 2019, co-founder of Morgan Creek Digital, Anthony Pompliano, popularly known as “pomp” sent out a tweet, tagging Jack Dorsey urging that twitter needed a bitcoin emoji. He called on him and his team to make it happen. Crypto enthusiasts did not let this go unnoticed as his post saw more than 2,800 retweets in the following months. And finally, a few hours ago, their dream came true.

Letter B with two vertical strokes (₿) to represent bitcoin was only approved in 2017 as a Unicode character after rejection in 2011. The bitcoin sign appeared on Unicode 10.0 for the first time in June 2017. Support was consequently released to Android, Linux, iOS and Windows 10 updates.

It is quite possible that other social media platforms may soon follow the trend. Facebook especially, which has vested interest in digital currency. Facebook’ Libra project has occupied the spotlight for the last couple of months with mark Zuckerberg receiving sermons regarding the project. As a result, a few of Libra partners have bailed out on the project.

Jack’s approval comes as no surprise to the twitter community. The CEO has been vocal in the last year about his support for the flagship cryptocurrency. He has even publicly admitted to owning bitcoin and believes that it would one day become the currency of the internet. This admission instantly made him a favorite among bitcoin investors.

Dorsey is also not shy of engaging the world on bitcoin and he continues to do so with his the new bitcoin emoji. Currently, the twitter space is talking about the new emoji. Such engagements, analysts assert, may see a rise in BTC price on the market. Analysts, influencers and investors call for more engagement to set bitcoin trending. Such talks are good for the already soaring prices.

At the moment, bitcoin looks set to break the $9,500 resistance. The week begins on a high note as pressure mounts for the currency to rally strong. It’s possible the endorsement of the bitcoin emoji may create a buzz on the cryptocurrency and result in a BTC bull.

, On the other hand, world #2 cryptocurrency, Ethereum has triggered a wider market rally. It is reportedly surging by more than 5% and on its way to hitting its $200 target.