In the last few years, there has been rapid development in the technology and infrastructure that support the virtual currencies. The technology has been hailed for enhancing transaction speed and allowing people to transact anonymously. However, it’s no secret that the sector has a long way to go, especially as far as regulations are concerned. Governments around the world are determined to regulate the sector that now facilitates transactions worth billions of dollars on a daily basis. 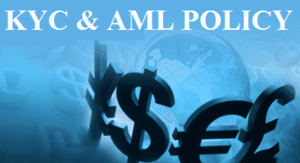 Most governments are implementing policies that touch Know Your Customer (KYC) and Anti Money Laundering (AML) regulation in an effort to control the Cryptocurrencies. KYC involves requiring the various crypto businesses to have certain information that can help in identifying their customers. The policy has helped in ensuring that only qualified people have access to services.

AML is a tool that has helped the governments to control the use of the Cryptocurrencies in illegal activities. Specifically, it enables the governments to control the generation of income through illegal activities. The policy has helped in ensuring that the terrorists don’t use the digital assets to finance their activities. Moreover, it has controlled the use of the virtual currencies by drug traffickers.

The Costs of Cryptocurrency Regulations

Nothing comes without a cost Cryptocurrency regulations included. The virtual currencies have brought about privacy not observed in the current technology in the financial sector. Moreover, the currencies operate in a decentralized system. However, with the introduction of these regulations, this important feature has been eroded. 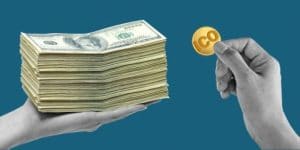 Regulations have been blamed as they act as a barrier to entry. Such policies may end up hindering innovation. For instance, the development of an application or company that is not compliant with these strict regulations may not see the light of the day. Consequently, development of a technology that could help in addressing important challenges may be hindered.

The regulations also lock out some people from using a technology. For instance, some certain economic or social conditions may make it impossible for some people to have the information needed to join a system. In this case, the regulations reduce the number of users a given technology and the profits of the innovators. Furthermore, it adds a cost of running these regulations.

The Effectiveness of Various Regulations Is Challenging to Prove

Despite the enormous amount of money spent in implementing regulation measures, it is challenging to ascertain their efficacy. Nobody knows the amount that should be spent to keep KYC and AML policies working as no studies have ever been conducted on the same. The players involved, namely the banks, exchanges, and other players are forced to invest their money in a sector they don’t know the amount needed for optimal results.