Bitcoin led the charge as cryptocurrency rates began to fall on Friday. Bitcoin values fell below $50,000 for the first time since early March, indicating that cryptocurrency prices are continuing to fall.

Bitcoin and other cryptocurrencies suffered huge losses on Friday when investors worried that US President Joe Biden’s decision to lift capital gains taxes would discourage them from investing in digital assets.

Bitcoin peaks down about 30% from its all-time peak of approximately $65,000 early last week and is down about 20% week over week. The coin’s market capitalization has fallen below $1 trillion. However, Ethereum has performed much better, which reached an all-time peak just yesterday but has dump down 13 per cent while the broader market has recovered.

Many altcoins had taken an enormous hit as well.

After a meteoric rise last weekend, Dogecoin nearly halved its worth, erasing the breakneck progress of the week and then some.

Since last week, Ripple has remained down by 35 per cent, Stellar is down 30 per cent, and Polkadot is down 25 per cent.

According to Coinmarketcap, the worldwide cryptocurrency market has decreased by about 10% in the last 24 hours.

After bitcoin’s meteoric growth in recent years, some investors could be tempted to liquidate their holdings to protect their earnings at the new capital gains tax limit.

The crypto prices have shrunk over the last few months. Still, the previous week was the most apparent indication of a change in rising prices, While many see President Biden’s revisions in tax rate rises as the most obvious explanation for the overall market downturn as buyers cash out in the expectation that retrospective enforcement of the law will not reach their profits.

Coinbase, which went public via direct listing last week, lost around 10% of its value this week but was relatively unchanged in intraday trade on Friday. 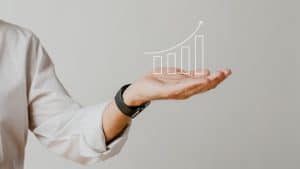 While reports on social media about the proposal harming cryptocurrencies and individual investors moaning about losses flooded the internet, some traders and analysts said the drop is likely to be temporary.

To be sure, the cryptocurrency market is volatile, But a decline of more than 10% in bitcoin is not usual. Friday’s gyrations extended the digital asset’s recent turbulent run, which saw it down as much as 15% last weekend due to regulatory issues before restoring some of its losses. Etherium, the second-largest digital currency by market cap, fell 12 per cent to $2,107.20 a day after reaching a record high of $2,645.

The adoption of digital currencies as a legal asset class by retail and institutional investors was increasing day by day, But the recent crises may affect the credibility of cryptocurrency.

Bitcoin investors are still wondering when the selloff would stop, how low the cryptocurrency will fall, and when it will begin to rise again.

These are legitimate concerns from traders who are undoubtedly still keeping the digital asset considering its decline.