Ever since its inception, mining bitcoin has grown in enormous proportions. The process now involves operations with data centers and computer processors. The consequence has been racked up electrical bill for those engaging in the operation.

Mining of cryptocurrencies especially bitcoin has become quite an expensive business. Overwhelming electricity bills from the operation are accruing in addition to the pricey hardware that does nothing to help the situation.

The mining operation itself works by the use of powerful computers known as nodes to compute complex puzzles and validate transactions. The computation is in order to solve complex mathematical puzzles to find solutions for the specific number provided by the block of transactions. They are then linked with other solved blocks to form the blockchain.

The process is however not as easy as it sounds. The number can be anything from 0 to 4,294,967,296. Since the number cannot be predicted, computers have to keep guessing randomly till they get lucky. The more the node’s processing power the luckier it is against a competitor.

Upon guessing the correct number, 12.5 bitcoins are awarded. That’s around $133,425 worth in the current exchange rates. The rewards halves every four years.

As you can see, the rewards are great, but the demand for the computing power is even greater. The increased demand for mining has led to the rise of massive mining nodes making up dozens of processors to perform trillions of calculations in an effort to mine as much as possible.

These efforts have subsequently led to a dramatic spike in the global power supply. According to tech trends site Digiconomist, the power supply was estimated as of 19th august to be at around 44 terawatts (TWh) a year. That’s more than New Zealand’s 2018 annual power consumption.

Besides the accruing power bills, miners also have to deal with the enormous computer processor cost required for the operations.

You see, when bitcoin appeared on the scene 10 years ago, mining was relatively simple due to the small pool of users. The few who knew about it were using their computer’s CPU to perform the necessary calculations.

But as bitcoin grew in popularity, influx of new users became apparent, so as the need for more powerful processors to compete with. Mining progressed to using GPUs equivalent to the power of 30 CPUs. It then moved to FPGAs which are essentially GPUs running 3-100 times faster. And then, we are now using Application Specific Integrated Circuits(ASICs) designed specifically for bitcoin mining.

The ASICs are now the standard for bitcoin mining. The cost of an Antminer S17, Bitmain’s flagship ASIC retails at $2,700 a pop. That’s incredible compared to the price of an average mining rig which goes at around $50-$300. 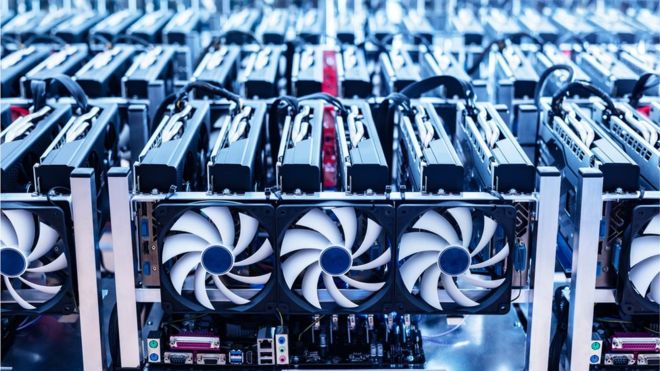 The never ending hunger for electricity by the bitcoin miners sounds like terror for any environmentalist. And there are reasons to think so. Existing reports detail an increasing level of carbon dioxide being produced currently. This is despite assertions that most of the power being used comes from renewable sources.

That’s right, a report in May from Coinshare estimates that the global bitcoin mining network drew 74% of its power from renewable sources. But critics choose to ignore this fact.

7 thoughts on “The Cost Of Mining Bitcoin”