Tether (USDT) has added new Tokens valued at $100 million. The USDT Coins were printed on the Ethereum Blockchain marking an important step in its roadmap of releasing more Digital Coins for mass adoption.

Official reports indicate that the newly minted Coins have been transferred to Tether’s treasury address ahead of transfer to USDT users and investors.

Tether platform offers the world’s most popular Stablecoin (USDT) and experts believe that the minting of the Digital Coins towards the end of the week is strategic as most investors trade on weekends.

USDT Circulation Is Set To Be Bolstered

From Tether’s Transparency page, the newly minted $100M USDT now brings the overall number of Tether Tokens on the Ethereum Blockchain to $1.1 billion. Of the $1.1 billion, $37 million have not yet been issued but they have been approved.

This means that Tether has bolstered its Token supply on Ethereum Blockchain by 10% which is a key point in its roadmap.

The transaction is available on the open source Blockchain platform for Tether Community members to see.

How The Price Action Will Play Out In The Future

USDT enthusiasts are divided on theories of how Tether prices will play out following the 10% addition of Cryptos in its supply.

Since USDT is a Stablecoin, its price is fairly stable as the US Dollar is offering a backup that cushions the Digital Token from volatilities in the market.

Further, going by previous events where Tether issued $150 million worth of USDT, it is highly likely that the Digital Asset price will remain unchanged at a small margin above and below $1.

Nevertheless, Tether’s daily volume is set to surge due to a general increase in Cryptocurrency adoption globally as investors and merchants embrace Digital Tokens for brick and mortar as well as online based shopping. Additionally, USDT can also be used as a stable store of wealth since it is secured on the US Dollar but still detached from the government-controlled monetary system. 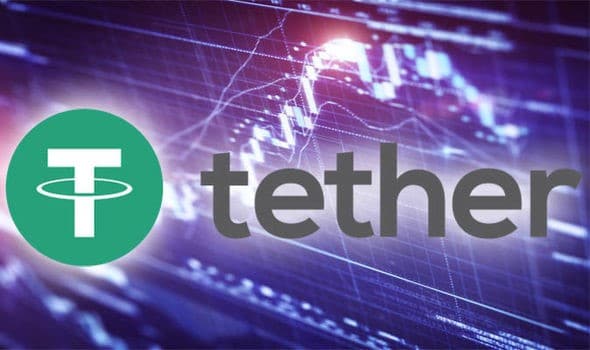 Most Tether initiatives attract plenty of speculation and the minting of the $100 million worth of USDT as its fair share of skepticism as well as support. For instance, there have been rumors that Tether manipulated the 2017 Bitcoin Bull run where BTC/USD hit an all-time high of $20,089.

Hence, since, the printing of the Digital Assets coincides with the recent BTC rally, a few heads are turning and similar allegation could resurface where some quarters could link the short term Bitcoin recovery to the event.

Nonetheless, these remain to be allegations without any material facts and as per the company, Tether remains a transparent company on a mission to transform the Crypto economy.

USDT Is The 8th Largest Cryptocurrency