Telegram’s founder Pavel Durov claims that the world’s most valuable firm, Apple Inc. is now working with the Russian government to interfere with its services. He says the company restricted Telegram’s updates worldwide to please Russia. 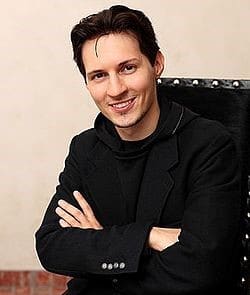 Telegram’s War With The Russian Government

In April this year, Telegram refused to surrender its users’ communication decryption keys to the country’s security agencies. The company claims it did that to preserve the privacy of its customers. Telegram moved to court to block the government from interfering with its users’ but the appeal was rejected. If the company fails to convince an appellate court to overturn the ruling, it will have no option but to surrender and allow the government to have access to the information it requires or cease operation in the region.

After the rejection of the appeal by another court, Mr. Durov was furious. In his Telegram channel, he claimed governments can use their enormous resources to control IT corporations. The fear of losing revenue due to the restriction imposed by government forces most of these companies to comply. However, he has vowed that his company won’t bow out and that they are not ready to sell privacy.

Telegram has said that it would rather die than violate its promise to keep its users ‘data safe. Mr. Durov has been giving bitcoins to businesses that run VPN and socks5 proxies to enhance Internet access in Russia and other similar countries. He is determined to see more people access the Internet without government interference.

Russia And Apple And Google

The Russian government has been pressing Google and Apple Inc. to drop Telegram. This is a bad move as it allows governments to have access that should not be shared. Since receiving the threats, Apple has not been providing Telegram update option, especially on its new models.

Mr. Durov is not happy with Apple’s decision. He notes that Russian accounts for only 7% of Telegram users yet Apple has restricted updating of its system worldwide. Mr. Duvol further condemns the move as it has made it impossible for the company to comply with GDPR for EU Telegram users.

It is still early to tell how the new move by Apple and Russia will affect the company, especially in the long run. It is also not known whether more countries will follow Russia in an effort to have more control over the population. Although Telegram has vowed not to surrender privacy for money, maybe the two warring sides will reach an agreement soon.

Apple has not said why it has restricted Telegram update on its devices. Moreover, they have not indicated whether they are doing so to please the Russians. Restricting Telegram on their devices worldwide is not fair as it will limit the use of its services leading to a reduction in the popularity of the app.

What Next For Telegram?

Mr. Durov is leading what he calls Digital Resistance to fight for digital freedom and development worldwide. Many supporters have joined him on Telegram. The company has vowed to remain firm and will be proving more news as they unfold.