A study by Malwarebytes has found out that crypto malware attacks against private persons went “nearly extinct”. However, the study also mentions that the threat for businesses has “steadily risen”. 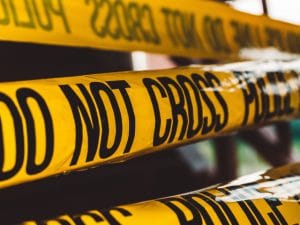 According to the study, “[b]usiness detections increased by about 7 percent from the previous quarter, while consumer detections declined by nearly 40 percent”. Overall this would result in a 35% dip compared to Q4 of 2018. However, the rate in which this new form of cyber crime is growing is still alarming. The study declares that “[c]ompared to Q1 2018, business detections have
skyrocketed 235 percent”. Another finding of the study is that customers trust businesses less than before to protect them from such threats.

A dangerous trend that becomes even more intimidating when citing the annual development. The study indicates a growth of “650 percent from the same time last year.”
Especially Emotet, the trojan that the study calls “the most fearsome and dangerous threat to businesses today” has moved away from private persons to businesses. The trojan Emotet is the most common and most invasive trojan. Its removal costs are very high compared to other trojans. It is a classic phishing trojan that tries to take away passwords and other sensitive data from the devices of its victims.