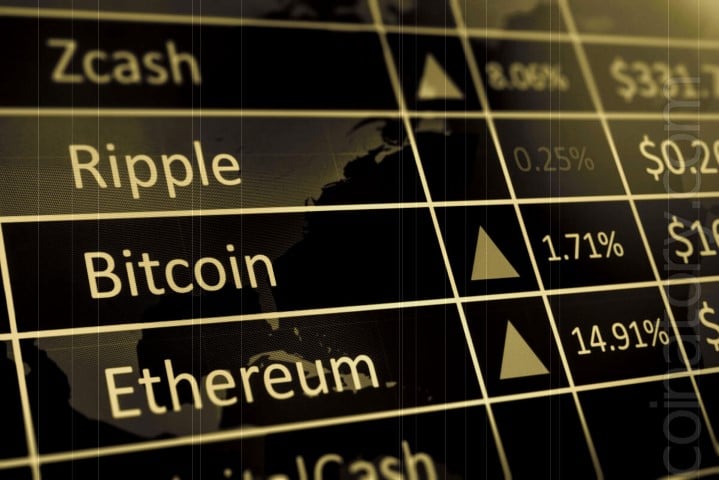 For the past 24 hours, strong gains have been recorded once again in the virtual currency market. This has occurred at a time when the market valuation has moved past the $440 billion mark towards a region of $0.5 trillion. Some of the major virtual coins that have demonstrated potential short-term gains are Bitcoin Main, Bitcoin Cash, Ethereum, and Cardano.

Ether is the native virtual coin of the Blockchain network of Ethereum. Its price has moved up 7% by the 3rd of May. It has, however, encountered a number of buy spikes in the past twelve hours. The great performance that Ether has shown in the past few days has brought in the big gains. Other stakeholders such as Ontology, Golem, and WanChain have also shown daily gains that vary between 10 to 50%.

The other digital currency that has an increase in its main price is Golem, or GNT, as its token is known. The price of this digital coin surged by more than 47% against Bitcoin and 50% against the USD. This was possibly triggered by the listing of one of the most established exchanges, Bithumb in the South Korean market. Bitcoin, which is the leading virtual coin, recorded an increase of 3%.

Traders Buying the Rumor and Selling the News

Moments after Binance listed Golem, the price of its main token, GNT went up by over 20%. It was a typical situation where the market stakeholders bought the rumor and sold the news. With the recent listing that has been done by Bithumb, a similar trend might happen anytime. In the short term, GNT will definitely experience a correction.

In most cases, the price momentum and trend of Ethereum represent the nature of the token industry. This is because certainly established tokens such as Golem and WanChain are based on the ERC20 token standard, which belongs to the Ethereum main network.

As it has been the custom, the strong performance of Ethereum usually translates to higher gains for the tokens. This is exactly what has happened. The tokens have followed the exact trend of Ethereum and recorded huge gains against the US Dollar as well as Bitcoin.

The Return of the Altcoin Season

Based on the nature of the alternative digital coin and token market in the past 14 days, it can be summarized that the season for altcoin is finally back. Tokens have shown 20 to 50% surge against other established virtual coins such as Bitcoin, Ripple, and Ethereum.

Even as that continues, a number of these tokens are still demonstrating a very potent momentum. Citron Research, which is a group of researchers behind Citron – the short seller, has stated that the price of Ethereum is expected to come down before its senior Bitcoin.

It, however, appears unlikely that the price of Ethereum might drop by huge margins in the near future. This is because the performance of Ether hasn’t been all that good against Bitcoin, especially in the past few days.