The total number of Blockchain Automated Teller Machines (ATMs) has surpassed the 4000 mark to stand at 4060 globally. This is according to a data compilation by a statistics firm known as Coinatmradar. A previous report indicated that the number fell short of the 4000 at 3991 drawing the attention of anti-Bitcoin activists who saw the beginning of the end of BTC. Hence, the surge in number defies the prolonged bear market to indicate that more and more people are adopting BTC as their currency of preference and also as an Asset-based investment. 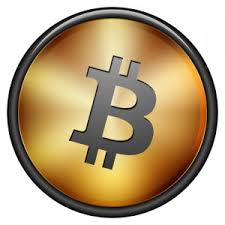 North America Has A Skewed Dominance

Interestingly, the North American region controls 71.2% of Bitcoin ATM spread with a number of 2,888 BTC ATMS. At 961 BTC ATM machines, Europe and the United Kingdom trail North America at 23.7%. Africa is the last in the number of Bitcoin ATM points at a paltry 0.2%. Other regions such as South America, The Middle East, Asia, and Oceania are not faring better. This indicates that there is much work to be done in regards to raising Bitcoin usage awareness to drive demand for more BTC ATMs.

Breaking the data to individual countries, the United States is the leading country with more than 2,240 Bitcoin ATMs which represents 55.17% of the global number. The second country is Canada at 619 ATMs which is 15% of the total BTC ATMs. In the case of Canada, there is an impressive improvement as the country has been able to raise its ATMs from 600 a month ago to the current figure. Countries such as Iceland, Armenia, Guatemala, and Zimbabwe tie at the bottom with 1 BTC ATM each. 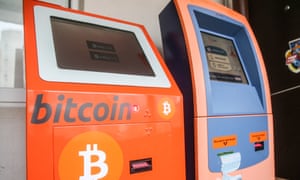 One of the factors behind the surge of BTC ATMs in the short term is the increase in the supply due to new entrants. Data shows that the manufacturer with the biggest supplying share is Genesis Coin with 31.6% control. The second provider is General Bytes at 30.2%, and the third manufacturer, with a market share of 10.8%, is Lamassu lags.

Contrary to the conventional ATM standards where account holders can withdrawal, deposit, check portfolio balance, or transfer funds, Bitcoin ATM is used for all other purposes other than withdrawing Bitcoin as it is a Digital Currency. BTC ATMs users can exchange BTC, transact peer-to-peer transfers, link with merchants accepting BTC, etc.

The Growth Is Defying The Bear Market

The surge in BTC ATM seems to be defying the ramifications of a bear market that has been ongoing from November 24th due to a Bitcoin Cash disagreement between Craig Wright and Roger Ver. This has seen BTC prices plunge from a high of $7,300 two weeks ago to the current low of less than $4,000.

However, there is a paradigm shift in the perception of Bitcoin indicating maturity as the price movements are not the deterministic hallmark of its relevance. For instance, besides the growth of BTC ATMs, Nasdaq is launching Bitcoin futures in Q1 2019. More reports from Grayscale, Etoro, and other Crypto exchanges show that more clients are investing in BTC.