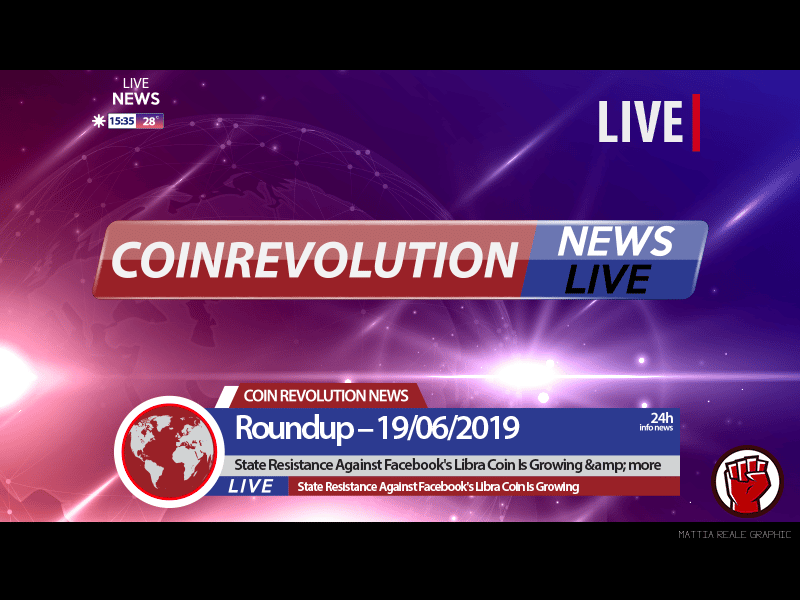 After Facebook has revealed the whitepaper and technical details of Libra for the first time, resistance against this new form of digital money is growing. The French finance and economy minister, Bruno Le Maire, already spoke out against Libra that ‘it must not happen’. Similarly, critical voices are rising now in the US as well. U.S. Rep. Maxine Waters demanded that Facebook halts its development of Libra until the Congress has the chance to examine the project and its impact on the global financial system. Waters also called for a public hearing, given that security and privacy concerns regarding Facebook are still a controversial subject. Bancor Next Exchange to Block US Users

Bancor with its DEX is the next exchange to cutoff users from the US from trading on its exchange. Bancor decided to take this step in context of the US regulator charging Ether Delta’s founder, Zachary Coburn, with entertaining an unregistered exchange. Currently, also Bitfinex and Bittrex have to face lawsuits due to various misconducts. Binance has decided to block users from its main exchange, Binance.com. However, it is opening a separate exchange solely for the US market with Binance.US.

Bitcoin’s price is eyeing the $10,000 level after breaking above $9,000 on Coinmarketcap. This new milestone that now gives 2019 a record gain of about 150% is enough proof that Bitcoin’s short-term outlook is likely to be in the green.

Binance Blog is announcing that the leading Crypto trading platform is offering a new Tokens on the Binance Chain. The official press announcement further introduces a Bitcoin-pegged Token that is designed as a self-styled Stablecoin in the BEP2 format so that the Binance Chain can support it. In the coming days, the Bitcoin-pegged Crypto codenamed as BTCB is set for trading on Binance and later on Binance DEX. Additionally, Binance is revealing that more Crypto-pegged Tokens are in the pipeline in a project that is ongoing and set for conclusion in the “coming days”.

Multi-Currency Backed? – These Are the Problems that Facebook’s Libra Coin Will Face

The impact of Facebook’s GlobalCoin on the crypto space is widely regarded to become a positive one. First of all, because it will bring new people to the crypto space that had previously barely any exposure to the subject. Many observers deem that Facebook’s GlobalCoin will be some kind of ‘entry drug’ to those people. Especially, countries that have a poor infrastructure could profit from a stablecoin that will supposedly have a wide reach and comes from an established and trusted entity.