In the wake of an increase in money laundering through Cryptocurrency, Bithumb has announced the revision of its internal regulation to limit its use in some countries.

According to a statement from the company, the decision to block the 11 members from Non-Cooperative Countries and Territories (NCCT) countries will be done with the aim of preventing and controlling the inflow of funds linked to terrorism and crime. From 21st, all users of South Korea’s largest Cryptocurrency from these countries will be blocked and new members will not be allowed.

Why Money Laundering Has Been A Problem

Money laundering has become a major headache for most governments, especially with the emergence and increasing use of Cryptocurrency. To control the practice, G7 led other governments in establishing the Financial Action Task Force (FATF). The organization has identified countries and regions that don’t have enough and effective policies to control money laundering. Moreover, there are rampant cases of the use of various money forms to fund illegal activities such as terrorism.

FATF looks at factors that may expose Cryptocurrency users to terrorism and money laundering. The organization considers the technology used, the business model, and the existing legal requirement and their contribution to these issues. 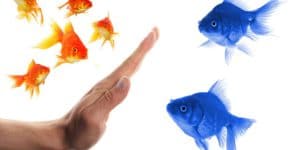 to facilitate the functioning of illegal activities. The company has vowed to collaborate with the South Korean government to control money laundering. Furthermore, the firm has promised to work with the Korean Blockchain Association by ensuring that it adheres to the regulatory measures introduced by the association.

Bithumb has taken a bold step to ban its use in some countries. The 11 countries blocked include Ethiopia and Tunisia in Africa, Iraq, Iran, Yemen, and Syria in the Middle East, Trinidad and Tobago, Vanuatu, and Sri Lanka. Bithumb said it is determined to ensure that its platform is not used to run illegal businesses.

Bithumb has also announced that it will check to ensure that their users give accurate information. Any foreigner wishing to use their services from next month will be required to undergo a mobile phone verification process. This will ensure that the users share accurate personal information and don’t fake residential addresses.

Bithumb has reiterated that its move is in line with the government’s recommendation. In addition, the company said the self-regulatory move is in agreement with the association’s advice to Cryptocurrencies in South Korea.

Bithumb And How It Works

Bithumb is regarded as South Korea’s largest Cryptocurrency. With its main offices in Seoul, the company has emerged as one of the global leaders in the cryptocurrency market. Its popularity is mainly driven by its low trading cost of 0.15% and simplicity to use.

According to the Coinmarketcap, the company’s 24-hour trading volume currently stands at $250.41 million and is higher than that of its closest rival, Upbit. With the daily trading volume of $235.1 million, Bithumb leads Upbit by about $15 million.