Mining CryptoCurrency is a trending topic in South Korea, which is proven by recent Stats and Figures. However, Crypto mining is going to gain public interest across the country soon, as per the local media briefings

According to Kyungin Ilbo,  Customs officials in Incheon, custom officials in one of the biggest ports of South Korea, are reporting a rise in imports of mining rig hardware. The port is also the nation’s leading air terminal.

The Korean government issued this new directive after seeing an increase in the amount of mining equipment being imported into the country. According to a report by Kyunghyang, the KCS disclosed in a publication that an estimated 454 mining chips worth 1.3 billion Won (about $1.2 million) were imported into South Korea from November to December. 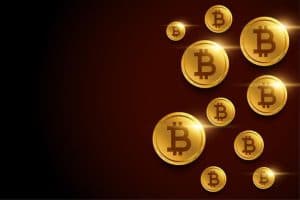 Despite the fact the number is low in comparison to other countries’ records, South Korea only had one case of crypto mining-related shipment interception in 2019.

Excessive mining raises the questions at the agency over whether they carry a high risk of fire accidents due to their significant electricity consumption and associated heating byproduct.

As a result, according to the report, the agency would look into the safety concerns around imported cryptocurrency miners based on current radio legislation, as well as the National Radio Research Agency’s safety criteria for electronic goods

Crypto miners, who do not file declarations or pay taxes, can face adverse consequences, according to customs officials. If a mining rig will be worth $150 or less, it can be considered as “for personal use.”

However, if the imported stuff worth more than their written value and the customer does not state it correctly, they could be at risk of breaching the Customs Law. A Kyungin Ilbo official quoted:

To avoid paying customs duties, if you falsely report the product name, price, and quantity, or distribute it under the names of several people, you may be punished for violation of the customs law.

PC gaming rooms in the country are becoming mining farms

Although there is no report on the recent operation of major mining plants in South Korea, there is a specific accelerating trend that emerged during the pandemic.

PC bangs operators (the common term used for gaming zone in South Korea) are using their devices to exploit the pandemic-driven limitations,

What do you think of South Korea’s crypto-mining industry? Share your thoughts below in the comments section