The government of South Korea has launched investigations into the increased cases of Crypto hacks in the country. The country’s Crypto Exchanges have become victims of the recent hacks leading to the loss of virtual currencies worth millions of dollars. The government will also carry out security checks on the individual Crypto exchanges’ system. 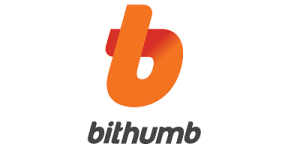 The government said that the Ministry of Science and Information and Communication Technology will collaborate with the Korea Internet & Security Agency (KISA) in unearthing the cause(s) of the recent hacks reported by Bithumb and Coinrail. However, the authorities have not confirmed about the two hack cases. On June 10, Coinrail reported a hack on its system and loss or about $40 million. On June 19, Bithumb admitted that it had lost Cryptocurrencies worth around $31 million to hackers.

The government has announced how it will be handling hack cases. Immediately a business reports a hacking incident on its system, a KISA accident investigation staff will be arriving at the scene to investigate. The agency will then work with the police to analyze the attack and respond accordingly.

The Ministry of Science and Technology investigated 21 Cryptocurrency exchanges on their level of information security. The investigation revealed that most of these businesses have security weaknesses. The government advised additional measures to make them more secure from attacks. The study was conducted between January and March this year.

According to the study, “system access control deficiency” was observed in 17 companies. Another 16 companies had “insufficient network isolation.” The study also looked into the “monitoring systems.” “Abnormality” was reported in 17 companies. 18 of these companies didn’t have good management of their wallets and Cryptographic keys. Another 10 firms lacked “Crypto security management” while 12 lacked reliable firewall and security systems.

How The Exchanges Have Responded

Despite being a victim of recent hacks, Coinrail has not implemented extra security measures on its system according to the authority. The government said that Bithumb is planning to implement these recommendations to make their system more secure against future attacks.

The government is planning to encourage the 21 Crypto exchanges to put up extra security measures before the end of this month. The ministry hopes to repeat the study in the 21 exchanges later to establish if they have enhanced their systems. The government has also said that new Crypto exchanges will be investigated and inspected. Security checks will then be conducted to ensure they are secure.

Why The Move Is Important