The 10th year cryptocurrency anniversary was celebrated yesterday, 31st October 2018. On the same day, Singapore Token Day was launched in a bid to promote the adoption of cryptocurrencies and blockchain technology in the country. This is a national campaign and not just a one-day event that is scheduled to run from October 31st to November 18th.

One of the main goals of Singapore Token Day is to empower the general public with accurate information about cryptocurrencies. The organizers are optimistic that this drive will significantly help to increase the number of people who use digital currencies such as Bitcoin in the country. 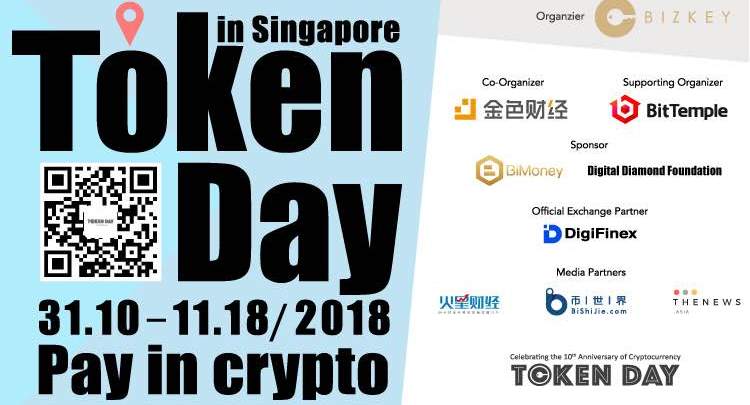 In a recent interview, the organizer, Bizkey stated that this is the first time that cryptocurrencies are going to be used in a retail setting in Singapore. During this campaign, more than 30 renowned retailers have agreed to gather in Chinatown and allow customers to pay for goods and services using accredited cryptocurrencies.

The participants will be able to use Bizkey newest blockchain point-of-sale (POS) device to pay for their preferred goods sold by the retailers using various digital currencies such as Binance Coin (BNB), Zilliqa Coin, Ethereum (ETH), and Aelf coin (ELF).

Some of the retailers who have agreed to participate in this year’s Singapore Token Day campaign include Koryo Mart, SK Jewellery, Hotel 1887 and the list continues. The organizers are hopeful that next year’s event will attract even more retailers and participants.

Singapore cryptocurrency industry has been booming for the last couple of years thanks to the guidelines provided by the Monetary Authority of Singapore (MAS) in November last year. One of the instructions extensively described the difference between security tokens, utility tokens, the tokenized form of equity, and tokenized coupons that customers can use to purchase products or get a particular service.

A recent report by PwC found out that in the first five months of this year 2018, more than 56 Initial Coin Offerings (ICOs) were held in Singapore. All the ICOs combined managed to raise more than 1 billion USD from institutional and retail cryptocurrency investors. The report also indicates that in 2017, 37 Initial Coin Offerings were held in the country and managed to raise a total of $641 million. These two statistics are proof that Singapore cryptocurrency industry is growing and moving in the right direction. 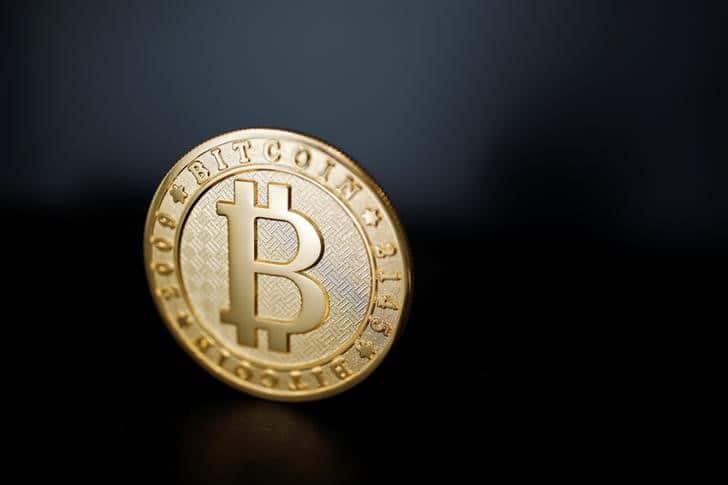 Blockchain startup ecosystem in Singapore is thriving even though the technology is yet to be widely used in the retail sector. However, legislators are aware of the fact that cryptocurrency can influence the retail industry positively by solving common problems such as money transfer delays, payment frauds, account, and logistics errors.

Singapore Token Day is determined to bring on board as many retail merchants as possible and demonstrate how blockchain technology can improve their service delivery. Bizkey estimate that 10,000-15,000 Singaporeans own one or more cryptocurrencies and hope that they will support the campaign. Click here for more cryptocurrency news.