Seed CX, a Crypto exchange based in Chicago, will be expanding into the Asian market with the help of a recent partnership. This development was announced by the Crypto exchange via a press release which was published on the 21st of March.

New Partnership Beneficial To Both Parties

According to the press release announcement, the Seed CX Crypto exchange has partnered with Hydra X in its efforts to get into the Asian market. Hydra X is a Singapore based firm that deals in trading infrastructure technology. This team up will see Seed CX integrating its platform with Sigma which is Hydra X’s trading platform. The Sigma trading platform is in public beta currently. 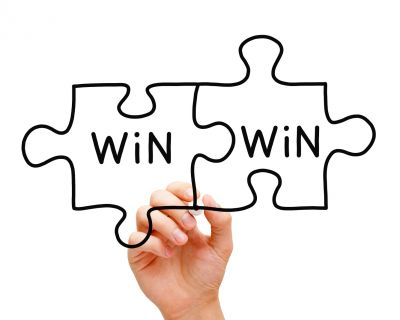 According to the Crypto exchange, once the integration has been completed, its users will be able to utilize the Sigma platform and see prices, complete trades and maintain their portfolios. The platform will also allow Seed CX users access a fiat-Crypto gateway. Dary Low, the chief executive of Hydra X, stated that also through the partnership, Hydra X will be able to expand its user base. He added that the new user base would comprise of institutional traders who are looking for a secure and regulated way into the digital asset world.

Seed CX has also announced that it will be providing a market for the Crypto derivatives that are regulated by the CFTC (Commodity Futures Trading Commission). This market will be provided through Seed SEF, the Crypto exchange’s subsidiary.

The exchange has been making notable strides towards propelling itself to the league of some of the major Crypto exchanges in the market. Just this year, in January, Seed CX launched a Bitcoin spot trading market that is regulated stating that it will be offering a deep book of liquidity. Edward Woodford, the chief executive and co-founder of the exchange said that through the market the company will be truly offering support of institutional level.

Also in January, Zero Hash which is also a subsidiary of Seed CX announced the launch of a wallet solution for institutions. The company announced that its new wallet solution has an on-chain settlement which would enable the exchange synchronize its accounting to the right Blockchain. This means that market participants will be able to verify all the transactions taking place in their wallets independently.

Last year, September, the exchange held a Series B funding which successfully raised $15 million. The Series B fundraise which was led by Bain Capital Ventures put the exchange’s total fundraise to $25 million. The firm also announced its application for a BitLicense and broker-dealer registration via the New York Department of Financial Services and the Financial Industry Regulatory Authority respectively.

The Crypto exchange last year put into place a policy that is considered to be one of the strictest in the industry. The policy which was applied in 2017 effectively bans all employees working at the firm from trading in Crypto. According to the firm, this is in order to avoid a conflict of interest.