SEC Ease Up To Companies That Agree to Cooperate

Over the last three years, the United States Securities and Exchange Commission has been working on regulations to streamline the cryptocurrency industry. These regulations are mainly meant to protect cryptocurrency users from risks associated with cryptocurrencies such as phishing attempts.

Good News for Cryptocurrency Companies in the United States

A new report shows that SEO is cutting deals with companies that are in violation of the popular Howey test. The Howey test is a rule of thumb that is widely used to categorize assets as securities. That is, the test is used to determine whether a digital asset can be grouped alongside other securities and therefore needs to be registered with an agency.

A good example of a company that has benefited from SEC change of heart and perception about cryptocurrencies is Airfox. Airfox is a peer-to-peer lender that recently held an initial coin offering and raised more than $15 million. The company did not adhere to all the regulations put together by SEC but after a series of meetings, Airfox agreed to pay the financial regulator a penalty of $250,000.

Airfox is also required to refund investors the money they invested in the project through the ICO plus interest as well as file regular audited financial statements every financial year. Speaking during a recent interview, the CEO Victor Santos stated that they hope by being compliant, the company will be ready for any new cryptocurrency regulations rolled out by SEC.

Victor Santos is also optimistic that his interactions with SEC will help them change their perception about cryptocurrencies and come by with new regulation frameworks. In particular, Victor wants the Securities and Exchanges Commission to recognize the significant differences between cryptocurrency assets such as asset tokens, utility, and payment. The traditional classification model of securities does not apply to digital currencies.

Victor also stated that the golden days of cryptocurrencies with free-flowing capital and no need to know your customers or adhering to the anti-money laundering regulations are not going to last for long.

Gladius, another cryptocurrency project raised less than $13 million through an initial coin offering in 2017. The company was also summoned by SEC and the handed the same judgement. The only difference is that Gladius was not required to pay the financial penalty because it was the first company in this niche to self-report its violation of the agency regulations.

The impact of the United States Securities and Exchanges Commission on the cryptocurrency industry cannot be overlooked. The news that the agency is actually going ease on companies that failed to adhere to the regulations is a sign that the government is warming up to cryptocurrencies. Read more cryptocurrency news here.

What Established Firms Are Targeting For Long Term BTC Predictions 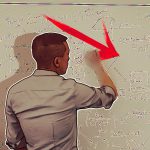