Robert J. Jackson Jr, a US Securities and Exchange Commission (SEC) Commissioner has revealed that the much-anticipated Bitcoin ETF will be approved. However, he adds that this will happen “eventually” which raises questions about the timeframe that the event would occur. Nonetheless, Robert’s statement shows that all that proponents need to do is to satisfy SEC requirements.

Before the Federal agency, there is the Bitcoin ETF proposal that was filed by the Chicago-based Cboe in liaison with VanEck and SolidX. The filing was made in February 2019 immediately after President Trump lifted the federal government shutdown. The commission has 240 days to approve or reject it.

Bitcoin Exchange-Traded Fund (ETF) has constantly been sought after by various trading desks that have been seeking to introduce Bitcoin to the mainstream market. The main aim is usually to enable institutional investors to invest in BTC options to grow the Cryptocurrency industry. 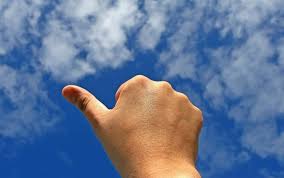 However, the US SEC has been rejecting the proposals. They agency has been citing various reasons for their past decisions such as- ability and possible motive of market participants to manipulate prices through underhand tactics, volatile markets, security risks, etc.

Hence approvals could make BTC be widely available. The risks that often befall Crypto markets such as the ongoing bear cycle could then have a far-reaching and devastating effect that could have dire implications for the nation like the 2008/09 crisis.

If these concerns by the SEC are addressed, according to a tweet from Stern Drew Hinkes who is an Adjunct Professor at New York University, Bitcoin Exchange Traded Fund could soon be a reality.

Breaking The Cycle Of Disapprovals?

As at August 2018, the US SEC had rejected 9 Bitcoin ETF proposals in total. Some of the platforms that had filed the requests include GraniteShares, Direxion, and ProShares. Common in all the cases was the fact that the proposals defined Bitcoin as futures rather than security. This raised serious concerns of price manipulations that could have been used to distort markets and hence the basis for rejection.

The most recent rejection was the Winklevoss Bitcoin ETF application that some pundits had expressed great optimism that it could be given the go-ahead. However, this did not happen and Crypto markets were plunged into a short-lived bear cycle.

VanEck and SolidX are seeking a Cboe Bitcoin ETF following their resubmission earlier in the month. This adds to the already pending application from Bitwise Asset Management. This makes 2019 a year of Bitcoin ETF applications.

Because of the availability of precedents that proponents can learn from, it is highly likely that the Bitcoin ETF trading methodologies have changed giving the SEC no grounds to keep rejecting companies wishing to launch ETFs.

Meanwhile, Bitcoin is winning consumer’s confidence and trust at an increasing pace. Recently, Jack Dorsey of Twitter and Square reveal that he only owns BTC, a revelation that could prompt many more users to join the Bitcoin Blockchain.