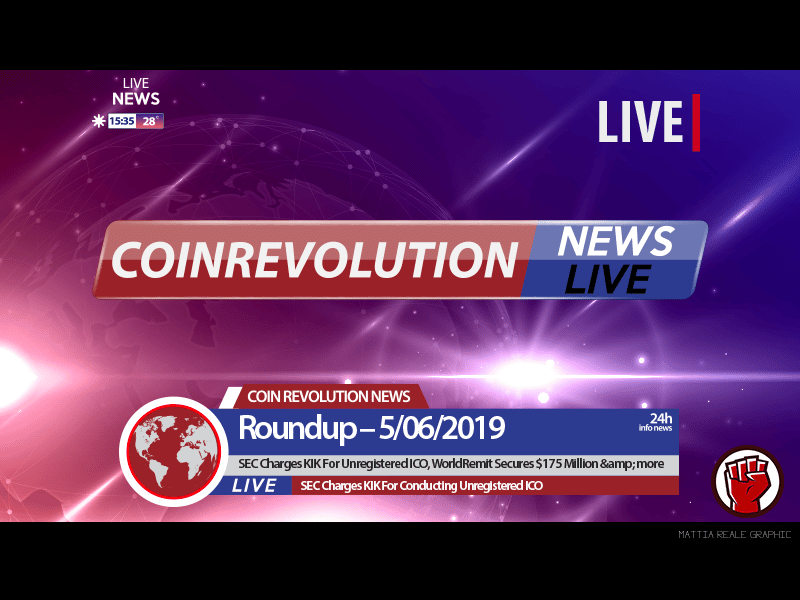 The SEC charges KIK for conducting an unregistered ICO. It announced this step in a recent press release. KIK has its headquarter in Canada. However, its ICO collected money from US-American investors as well. Therefore, the SEC charged KIK for collecting money illegally. The US-American authority accuse KIK of collecting about $55 million from US-American investors. This is crucial as KIK reportedly advertised its KIN token as an investment opportunity that will gain value. Value which the incorporation of the token to its messaging app and incentives for partners would provide. However, at the time of advertising its token neither the infrastructure nor the partnerships existed. The KIN token currently trades for less than half of the initial ICO price. 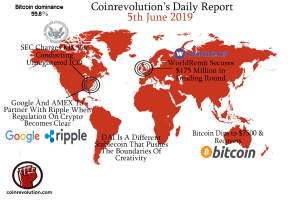 WorldRemit Secures $175 Million in Funding Round

The money transfer company WorldRemit has secured $175 million in a recent Series D funding round. WorldRemit announced this in a recent press release. WorldRemit is a money transfer service based in the United Kingdom. Most of its competitors like Western Union or Money Gram come from the United States. The service convinces with comparably low and fixed fees and rather fast transactions of 1 – 3 days. However, cryptocurrencies operate much faster and usually the fees are lower.

The price of Bitcoin has dipped once again. Proving that Bitcoin is extremely volatile especially in bullish periods, Bitcoin has fallen below $7500 in some markets. However, the price recovered in the last 12 hours and is now at about $7850. Less than a week ago, Bitcoin rose to above $9000 only to crash down again and retest the previous $8000 level.

DAI Is A Different Stablecoin That Pushes The Boundaries Of Creativity

One of the leading Cryptocurrencies that is modeled as a Stablecoin is DAI. This is not an ordinary Stablecoin since it is backed by ETH and not actual Dollars as is the case for Tether (USDT) or TrueUSD (TUSD). Other Stablecoins such as the TUSD only allow users to participate in the formal monetary economy.

Tom Baetens, A Twitter user known by his online name @Tom_Baetins is expressing optimism that the future of Ripple is bright. This is due to the fact that a lot of partnership deals are in the pipeline as Ripple and its native Token continue to gain prominence in the Blockchain tech circles as well as the Crypto world.