Citylets, a Scottish startup firm is utilizing the blockchain technology to create a platform for transmitting and holding data on rental property. The vision of the company is to enable rental agents and prospective tenants to interact in a platform that serves their purpose such as finding tenants or finding a house to rent. The platform is also envisioned to give the local authorities up to date data to enable housing policymakers to address the challenges in the property markets.

Background Of The Private Rented Sector (PRS) In The UK 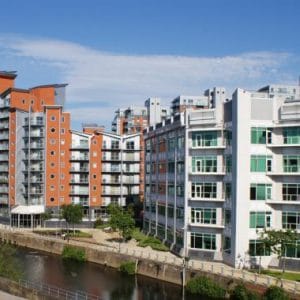 According to the UK Department of Communities and Local Government, the Private Rented Sector (PRS) is a system of housing where individuals and private companies invest in housing projects for rent. The PRS has been on a decline in the UK for years following fears of rent regulations that could possibly impact the return on investments in housing investments, this factor discouraged potential investors.

Further, most UK residents were homeowners due to high income and social welfare schemes that had an effect on making many people eligible for mortgage loans.

Times have since changed and more people in need of rental services due to high immigration rates, rising student population, and increasing prices of houses especially in Urban areas. The Government forecasts that the demand for PRS will rise by 40% in the coming 10 years as the build-to-rent concept becomes a reality.

A Blockchain Based PRS Is Timely

In anticipation of the PRS sector growth, Citylets is on track to transforming the rental market in Scotland to guarantee efficiency, transparency, and accuracy on the process.

Citylets is teaming up with Wallet, a blockchain specialist firm, to build the platform. The network of distributed ledgers technology (DLT) will be utilized by stakeholders as follows. Firstly, property agents will contribute data about available rental units in cities such as Dundee, Aberdeen, Glasgow, Edinburg, Paisley and even the rural areas of Scotland. The data that the letting agents will be providing will entail the rent charges, rent changes on mid tenancy and other relevant aspects.

The Blockchain platform features will entail a secured system of cryptographical data storage to ensure that the third parties cannot manipulate the data to alter the market forces of rental units’ supply and demand. This aspect of the blockchain is possible through the decentralization in which the network is managed by agents from various locations. Most importantly, smart contracts will be the basis of consensus, accountability on the agents’ part and on-platform trustworthiness. 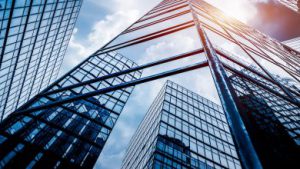 Thomas Ashdown, the Citylets founder, reveals that the idea behind the project was in response to the government’s plan to designate Rent Pressure Zones (RPZ) for rent capping exercises that aim to protect the vulnerable segments of the societies such as students and the unemployed from being rendered homeless.

The platform will enable the local authorities to assess the situation through trusted and data-led evidence for RPZ implementation. Mr. Rap Campbell, the Wallet CEO, is delighted in the project and he is assuring stakeholders of quality data built on a trust-based platform.