On Monday, SBI Holdings officially announced the release of a cryptocurrency exchange by its subsidiary, SBI Virtual Currencies. The new exchange services, Vctrade, will only be available to about 20,000 users. The company further that it is sending passwords and other important details necessary for transaction to those who pre-registered in October.

Those wishing to register on the platform will have to wait a little longer as the company confirmed that the general account opening will begin on July 18. This will give the company an opportunity to grow.

SBI has worked with San-Francisco based Blockchain, Ripple, on various projects. It is not a surprise, therefore when the company said Vctrade will only support XRP. However, the company announced it will handle Bitcoin (BTC), [and] Bitcoin Cash (BCH) later. Business Insider Japan said the two extra Cryptocurrencies will be introduced in July.

Currently, Vctrade is only dealing with XRP/JPY currency pair. No transaction charges and payment is only in Japanese Yen. The withdrawal charges to the SBI Sumishin Net Bank are 51 yen, tax included, for all amounts. The Internet bank is a partnership between SBI Holdings and Sumitomo Mitsui Trust Bank. Users can also withdraw to other banks and financial institutions at a fee of 165 Yen tax inclusive for less than 30,000 yen. Withdrawals above 30,000 will attract a charge of 258 Yen, tax included. 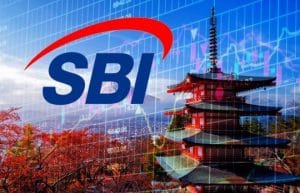 SBI Virtual Currencies was licensed to provide crypto exchange services in September last year. It is among 16 companies authorized to operate in that area in Japan. This has made easy for the company to market itself in the country.

The launch of the exchange has been postponed several times for various reasons. The December launch was deferred to make the account opening application authorization stronger and more secure. The February launched was rescheduled to strengthen security measures on the system. It also allowed for the improvement of customer management service. Currently, SBI is working with Secom Trust Systems to ensure its platform is safe.

The launch was further delayed after the collapse of a partnership between SBI and Huobi. The disagreement with the crypto exchange mammoth in March meant that SBI could not use Huobi infrastructure. Since then, the company has been looking for ways to develop its infrastructure.

In 2016, SBI introduced SBI Virtual Currencies, marking its entrance in blockchain arena. In 2017, the Japanese banking giant registered with the country’s financial services agency (FSA). This was a crucial decision as it made it easy for the company to launch its exchange. The company is expected to experience growth with the introduction of the other cryptocurrencies on the platform in the near future.