The Crypto Valley Association, based in Switzerland, released a report from their strategy and consulting division displaying the sales on cryptocurrencies in 2017, compared to 2018. The large sum made this year of $13.7 billion almost doubled the amount of money raised for digital currency in the entire 2017 year.

How Cryptocurrency Profits Were made

The earnings were concentrated in technology startups, all of which aimed to use blockchain technology to create a uniform currency for around the world, while providing security and accurate recording of transactions. Some of these startups were companies based in cryptocurrencies, while others made money by selling ICOs (initial coin offerings) directly to investors. The ICO market often cuts out venture capital firms and banks, preferring to deal directly with their investors. 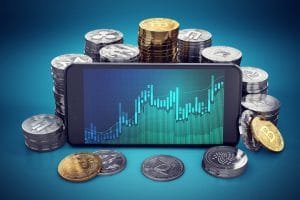 In 2017, just $7 billion was made. Not only has more money been made, there are more companies offering unique cryptocurrencies than ever before. One of those that stuck out in the results is Telegram. Telegram is a cryptocurrency messaging service, formed by Russian entrepreneurs Nikolai and Pavel Durov. The startup launched in 2013 and made an impressive $1.7 billion so far this year, in tokens sold to the public alone. The EOS currency by Block.one also made a killing, raising an impressive $4 billion in the last twelve months after their launch in mid-2017.

The current data lists 3,470 ICOs that have started since 2013. However, many of these have not reached success. Thirty-percent of those launched have shut down completely, while others have seen a delay in their progress or a loss of momentum as new companies came aboard.

The United States: Leading the Way for ICOs

The data in the report also shares information on various countries and their individual investments and earnings. The US appears to be a hotspot for ICOs to launch, as there are already 56 companies selling various tokens. The US has strong, clear regulations when it comes to sales such as these, which may explain why people feel more comfortable investing. In 2018, an impressive $1.1 billion has been raised by US-based ICO startups.

Something else that may speak to the willingness of citizens of the US to invest is the shift in policy in ICO companies. Those who want to earn credibility are registering themselves with the SEC (Securities Exchange Commission), which is the authority on stock and other currency exchanges. 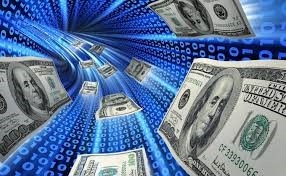 ICOs on the European Continent

The UK is also gaining ground, in both amount of digital currency available and the amounts invested. This year, 48 ICOs have registered in the United Kingdom and have raised $507 million toward their individual entities. Switzerland, however, remains the leader on the European continent. Like the United States, they have enacted regulations that ICOs must follow to become registered, to reduce the likelihood of investors losing their hard-earned cash. This adds a level of security and helps protect against fraudulent ICOs, at least, for the people who care to do the research before they invest.