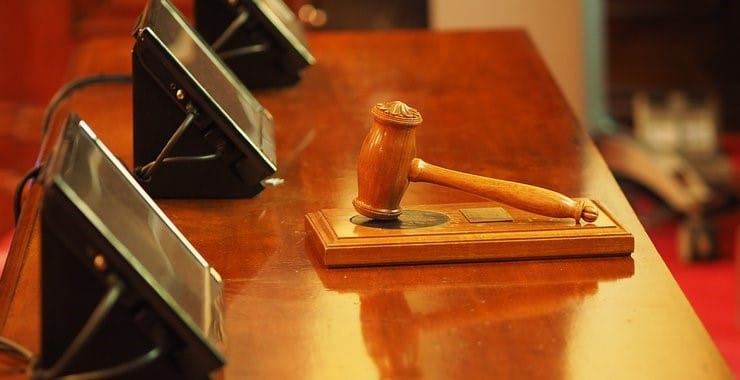 In a landmark ruling made on Monday, 7th May 2018, an arbitration court of appeals in Russia has finally recognized Cryptocurrency as one of the valuable property in that country. Despite the fact that Russia, at the moment, has no legal framework for the digital coins, this new ruling has overturned a similar one that was earlier made by a different court.

In that particular ruling, the court of appeal stated that even Cryptocurrencies belonging to a bankrupt individual have to be listed in the bankruptcy estate of the debtor. The court heard a case involving Ilya Tsarkov, a citizen of Russia who had earlier on filed bankruptcy.

The court made it clear that the virtual currencies belonging to Mr. Tsarkov must be transferred to one Alexei Leonov, who is his trustee. The private key that manages the crypto wallet belonging to Ilya Tsarkov is expected to be handed over to Alexei as soon as possible. Based on a report that was presented to the court, Mr. Tsarkov has close to 0.2 BTC, which is estimated to be worth $1,885 (USD) at the market rates currently.

Previous Hearings of the Case

Before the landmark ruling that was made on Monday, 7th May 2018, hearing for the same case was held in February by an arbitration court seating in Moscow. In that hearing, the court ordered the petitioner to disclose his digital coins holdings after he told the bankruptcy trustee that he owned a wallet at Blockchain.info.

Leonov had earlier asked the court to order the transfer of the virtual currencies belonging to Mr. Tsarkov into the bankruptcy estate. At that time, the court rejected his request, citing that the virtual coins could not be used to pay the creditors. This was due to the fact that the laws governing Russian Federation at that time did not recognize the coins as valuable property.

A Blow to the Moscow Arbitration Court

With this latest ruling that was done on Monday, a judgment that was earlier done by the Moscow Arbitration Court was overturned by the Ninth Arbitration Court of Appeals. This was after the appeal of Mr. Alexei Leonov appealed the ruling. In a statement released by Rapsi, a Russian Legal Information Agency, Russian legislation does not define Cryptocurrency, and there is its circulation has no requirements.

The agency argues that it is hard to tell weather Cryptocurrency is a surrogate, information or a property. Leonov has earlier cited the ruling that was made by the European Court of Human Rights regarding the issue of bankruptcy and property in Japan. In this particular ruling, the court was given an opportunity to sell the Cryptocurrencies belonging to a debtor.

Leonov feels that the court could have considered important factors such as new information technologies as well as other new age economic realities. The agency also had other varied views on the said judgment. It has a strong feeling that parties that have bad faith could exploit the fact that digital coins were removed from estates belonging to bankrupt individuals.