The Leningrad Region is now home to the largest Crypto mining farm in Russia. Reports from the regional government say that the farm sits in an area of about 4,000 square meters and has over 3,000 pieces of mining tools. The availability of engineering sites and low electricity prices are among the factors that have made the place favorable for Crypto mining activities. The country is already working towards regulating the Crypto sector.

On Monday, the Governor and the Government of the Leningrad Region, through a press service announced the opening of a Crypto mining farm in the region. According to the press, the farm is the largest data processing center in the country and will be used to mine Cryptocurrencies.

The announcement further revealed that the center is located in the industrial park in Kirishi or‘Levoberezhny’. With an energy capacity of 20 MW and over 3,000 mining machines, the mining farm will be the largest in the country. The entire project has cost around 500 million rubles [~US$7.3 million] according to the press release.

According to Dmitry Yalov, the region’s Deputy Governor, the government has created favorable conditions in the Leningrad Region to support the establishment of mining farms. The areas can host mining activities as electricity prices are much lower compared to other places. The region also enjoys the availability of engineering sites and there is a high number of qualified personnel for the benefit of the Crypto mining companies.

The new Crypto mining farm sits in an area previously occupied by a Soviet-era fertilizer-producing company which closed about two decades ago. The Japan Times reported that Cryptouniverse is the company that was responsible for the building of the farm. The company has said that the 4,000 square meters building with over 3,000 pieces of equipment will produce Bitcoins and Litecoins. Individual investors can choose to rent the company’s computing powers or install their equipment in the center. 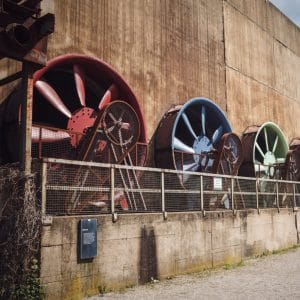 This is not the first time that the government of Leningrad Region is creating a conducive environment for Crypto mining companies. In September last year, it opened Sosnovy Bor area to Crypto mining. The area which is near St. Petersburg is located where Leningrad nuclear power plant previously stood. Pravda.ru publication reported that the government is still planning to establish a mining farm in the area.

Russia is also working towards regulating the Cryptocurrency sector. According to the Governor of the Leningrad Region, a legislation to regulate the sector has already been drafted at the federal level. He added that the State Duma of the Russian Federation is already handling various bills that touch the Crypto sector.

According to Kommersant news outlet, the Leningrad Chamber of Commerce and Industry, the Russian Federation of Cryptocurrency and Blockchain, and the Pushkin Leningrad State University are working together to develop a concept that will support the regulation of the Crypto sector. Their work also includes developing a mechanism to support the use of blockchain technology in crowdfunding and businesses.