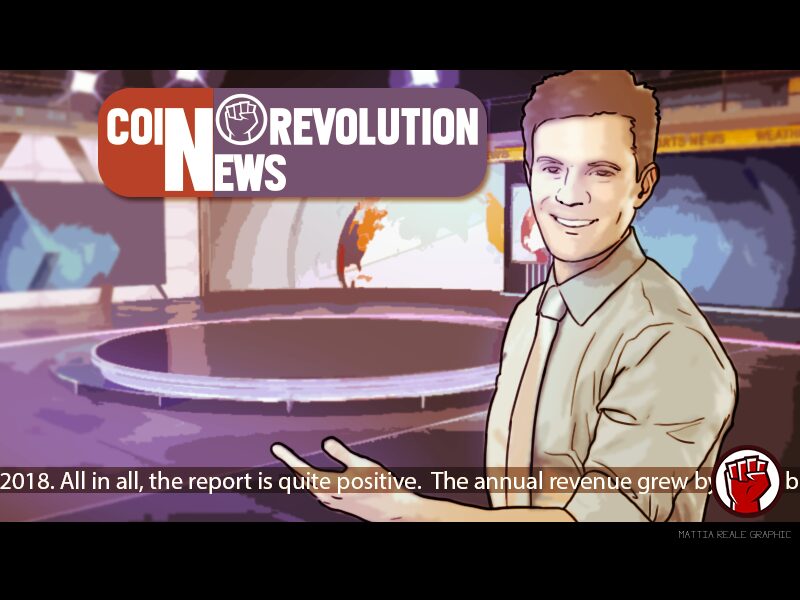 AMD has released its financial report for the fourth quarter and the annual result of 2018. All in all, the report is quite positive.  The annual revenue grew by $1.28 billion when comparing 2018 and 2017.  However, AMD has to declare that the revenues will sink for the upcoming quarter: “For the first quarter of 2019, AMD expects revenue to be approximately $1.25 billion, plus or minus $50 million, a decrease of approximately 12 percent sequentially and 24 percent year-over-year.” The company explains the decreasing revenue partially due to missing sales in the crypto mining sector: “The year-over-year decrease is expected to be primarily driven by lower graphics sales due to excess channel inventory, the absence of blockchain-related GPU revenue and lower memory sales. “

Iran In Talks With 8 Countries Over Use of Its Cryptocurrency

Mohammadreza Modoudi, head of the Trade Promotion Organization of Iran (TPO) has apparently been in talks with representatives from eight countries over using its own cryptocurrency. The Tehran Times reported on Monday about the talks. The countries have been “Switzerland, South Africa, France, England, Russia, Austria, Germany and Bosnia.” So the majority of the countries were from the Western hemisphere by a majority. However, South Africa and Switzerland also have a national interest in blockchain and cryptocurrencies. Russia is also hit by US-American sanctions and thus could also have an interest in finding a means to circumvent the financial blockade that they cause.

Money laundering is by far one of the main risks associated with cryptocurrencies. Exchange platforms are exploited for this purpose but not anymore. Reports indicate that Bithumb, Coinone, Upbit and Corbit have signed a deal that will see them share wallet information of their customers in real time. They will also share suspicious activities that could be associated with pyramid schemes and phishing attempts.