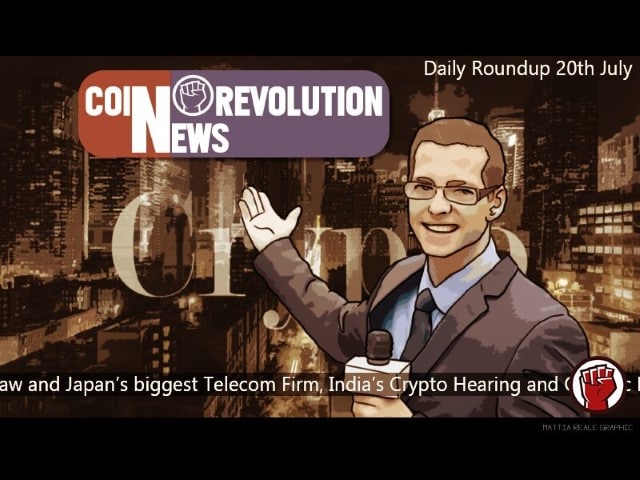 The president of Liberland, a microstate between Croatia and Serbia, wants to implement a new currency. So far, the small country has relied on Bitcoin as a reserve currency. Liberland’s president and founder Vit Jedlicka has strongly libertarian views. In order to fund and attract citizens as well as investors in the country, Jedlica stated that Liberland will have its own cryptocurrency. Liberland’s cryptocurrency will give holders a share of the country. Consequentially, he wants that investors rule the country as a DAO. The 2.7 square miles large territory is neither claimed by Croatia nor Serbia. Therefore, a group of Czech libertarians claimed the territory and founded the state of Liberland in April 2015.

Ukraine Will Regulate Blockchain and Cryptocurrencies

International media have dubbed Ukraine the ‘Wild East’ of crypto. Cryptocurrencies have been so far unregulated. Due to that or despite this fact, many crypto companies and projects have settled down in the country. However, there are also The country is currently still in the state of civil war and Russian influence in the country is high. Therefore, the authorities have little power to contain criminal activities in the country that involve crypto. However, the government of Ukraine wants to regulate the sector now. Consequentially, the country will have a legal framework to deal with criminal activities that involve crypto and to include cryptocurrencies in the economy of the country. The government of Ukraine estimates that the process of setting up the regulatory framework will take about 3 years.

The Brussels-based investment company NXMH has bought an 80% stake of the popular crypto exchange Bitstamp. The exchange is one of the earliest exchanges in Europe and launched in 2011 in a garage in Slovenia. The height of NXMH’s investment has not been disclosed. However, Bitstamp co-founder and CEO Nejc Kodrič revealed that there were many investors interested in buying the company. The management of Bitstamp decided for NXMH as the company will apparently run NXMH run as an independent entity. According to Kodrič, the 180 employees of Bitstamp will not notice any difference.